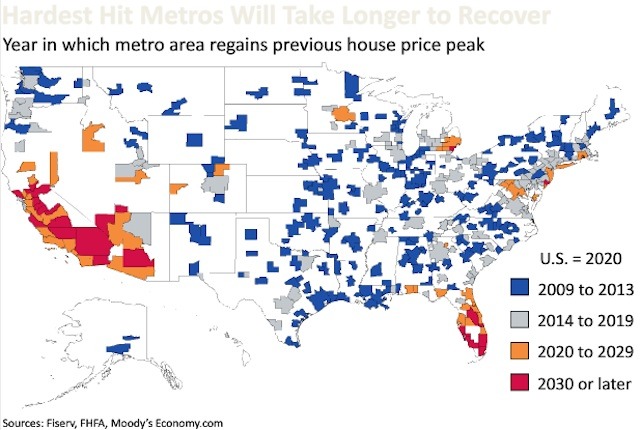 That's according to this map posted to Chicagoist via The Real Deal. California may have "recorded its fourth consecutive month of year-to-year increases after more two years of declines," according to the Associated Press, but full recovery in L.A. County might not be seen until sometime between 2020 and 2029, says data collected for the above map from Moody's, Firstserve and the Federal Housing Finance Agency.