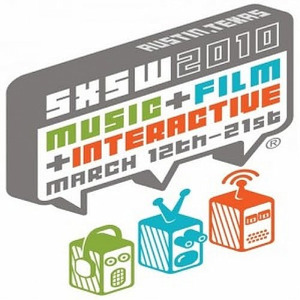 Yesterday was the official kick off of the music section of the SXSW Festival in Austin, TX. Every bar, house, and parking lot in town had a band in it, near it, or sleeping on it. The streets were teeming with literally thousands of musicians, who were looking for their big break, desperately trying to stick out of the pack, as well as all of the support system clamoring for your attention. Every radio station, blog, publication, record company, pr company, and book agent has decided to put on a party here, each competing for the crowd's favor, wooing them with free beer and bbq and trying to put on the best show possible. We waded into the fray with one mission on our minds: finding you those bands who were actually worth seeing and reporting back with details on when they would be playing in Los Angeles.

We started at Paradise (which seemed a good place to start) for PopMatters day party and caught These United States, a damn fine rock band steeped in Americana from Lexington, KY. This five piece group took it's cues from people like The Band and Crosby, Stills, and Nash, with songs like "I Want You to Keep Everything" and "Honor Amongst Thieves," which had big jangly guitars and monster drumming.

After they finished, we moseyed over to the Forcefield/Terrorbird day party at Red 7 where we saw Toro Y Moi who played a blissed out experimental set from his debut album Causers of This. His mellow soundscapes visibly relaxed the crowd in the dark club and led to sway gently from side to side. Not a dance worthy set, but super chill in an otherwise frantic afternoon. After him the New Jersey rockers, Real Estate, took the stage with their very meat and potatoes, straight forward sound, and were prone to very pleasant psychedelic jam tangents.

We then headed over to a showcase being put on by the Scottish Arts Council at The Parish to check out the lead singer of the Fratellis, Jon Lawler's new band Codeine Velvet Club. Lawler it seems, is dying to write a musical. Every song seemed to be influenced by a different vintage movie, which included elements of the can can, Hawaiian steel guitar, and cabaret music from the 1930s. It was a really ambitious set, which included horns, strings, and a lot of unexpected surprises including a cover of the Rolling Stone's "Gimme Shelter." Was it Lawler's best work? No, but it's really good to watch artists step outside of their comfort zone.

But the best thing we saw yesterday was the most unlikely, a skinny eighteen year old DJ from Leif who went by the name Unicorn Kid. He came on right before Codeine Velvet Club and blew them out of the water. Electronic dance music isn't really my thing, but even I found my hips moving. Somehow through a series of robotic blips and android blerps, this kid created dance music that is undeniably catchy and made even the oldest sticks in the mud cut loose. Be sure to catch him next time he's in town

Stay tuned for tomorrow's round up...

But when are they coming here?

Toro Y Moi will be in LA on April 14th at the Echo with the Ruby Suns.

Codeine Velvet Club will be in LA on March 26th at the Hollywood Paladium with Metric.