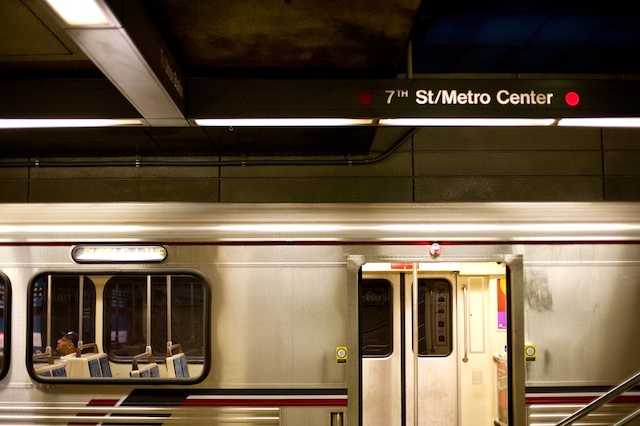 Although California Senator Dianne Feinstein earlier this week admitted she was not familiar with Mayor Antonio Villaraigosa's 30/10 plan and that it could be a tough sell, today she gave her support. "I think the 30/10 Plan could become a national model for how to build up communities across the country," she said, echoing the sentiments of fellow Senator Barbara Boxer.

30/10 seeks $30 to $40 billion upfront from the federal government with a guarantee to be paid back via Measure R funds so we can build 30 years of projects—that's 12 major transit projects—in 10 years time.

"The 30/10 Plan is an innovative idea that could help solve Los Angeles' chronic transportation crisis and create jobs," Feinstein said in a statement this morning. "The key is to start by allowing the Los Angeles Metropolitan Transportation Authority (MTA) to use existing Department of Transportation loan programs to accelerate construction projects now while using funds generated by the half-cent Measure R sales tax to repay the federal investment."

Update: A rep for Feinstein says she was already in support of the plan and had met with Villaraigosa about it previously, but when a reporter referred to the name 30/10, she did not immediately connect the plan's name to her meeting with Villaraigosa.