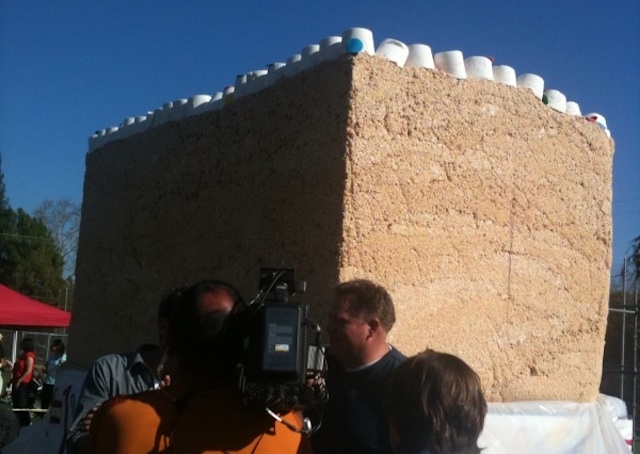 Talk about a sugar high (or coma). Yesterday, a fundraiser for children’s art’s programs at the Community Center of La Cañada Flintridge broke the Guinness World Record for world’s largest Rice Krispies Treat.

Weighing in at more than 10,000 pounds, the process to build the treat was documented by the The Learning Channel for a new special to air this summer called "Mega Bites."

Hundreds of volunteers came together to make the creation in just over 48 hours. 5,000 pounds of Rice Krispies was donated by Kellogg's and 7,000 pounds of marshmallows were used. Each marshmallow at the top weighted about three pounds.