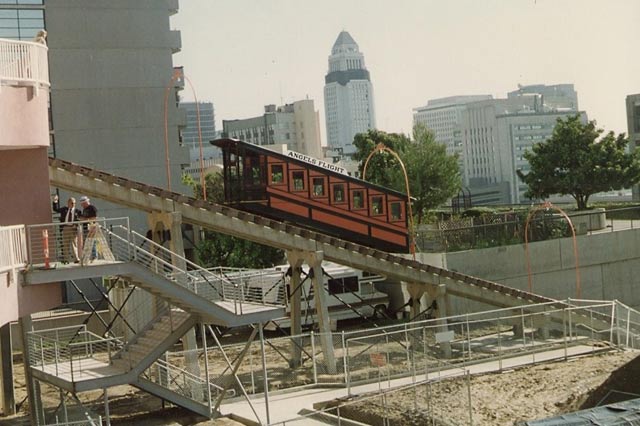 The quirky, and sometimes questionable, funicular transport known as the world's shortest railway, Downtown's Angel's Flight, has been poised to re-open for what seems like ages. It was just this past Thursday when its operating foundation said they had passed the necessary safety inspection and had the green light to resume moving people up and down Bunker Hill, though would not give a date.

Today, however, came word that Angel's Flight will begin service on Monday March 15th—much sooner than many anticipated. While this re-opening date has been published on the PictureTrail tribute website, that particular website will be updated following this week's launch*.

So, now that Angels Flight is re-opening...who will be taking a ride?