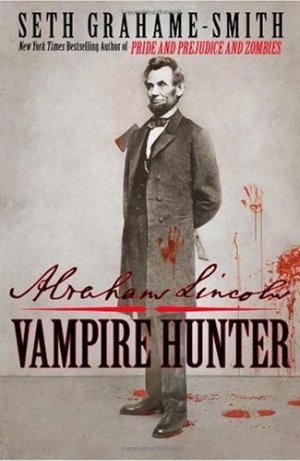 Los Angeles author Seth Grahame-Smith’s follow-up to his New York Times best seller, Pride and Prejudice and Zombies, bears an equally strange and amusing title. One would expect B movie style exploitation or a "Tales from the Crypt" horrorfest.

Instead, written in the style of renowned biographer David McCullough, Abraham Lincoln: Vampire Hunter works remarkably well as a parody of historical biographies. Any student who has had to slog through thick and dusty tomes will appreciate the comic subtlety of the fabricated photographs and footnotes.

You can even learn a few fun facts about the life of our 16th President while enjoying the book, as long as you remember to sort out the apocryphal stories (Lincoln grew a beard to hide a vampire-slaying injury, and wore the long coat to hide his vampire-slaying axe).

The author ingeniously leads you into the world of vampires through a present-day character who is made privy to Lincoln’s secret diaries, in the style of Danielewsky's House of Leaves. 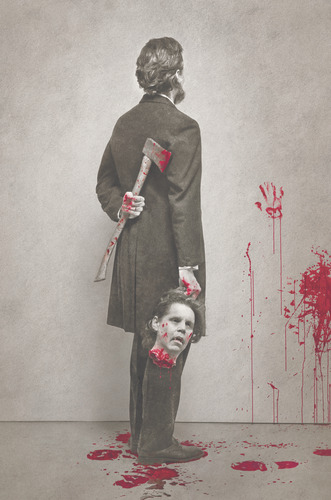 The tone of Abraham Lincoln’s own writing is imitated so well it is sometimes difficult to tell where the real Lincoln leaves off and the novel begins. Grahame-Smith is a descriptive writer who allows you to get lost in the story, even one this outlandish. It is engrossing to the point where at times you may be startled if anyone walks into the room while you are reading.

The book is such a fun read, it’s kind of disappointing when the overall storyline is revealed, exposing the "real" reason behind Lincoln’s battle for abolition.

In spite of the somewhat forced and uncomfortable allusion between vampires and slavery, the book manages to keep you on its side. It’s a good vacation read or useful prop to carry into jury duty. The book jacket depicts Lincoln holding a severed head behind his back. Display it prominently and that should definitely keep you from being chosen as a juror.

According to Deadline Hollywood, directors Tim Burton and Timur Bekmambetov are already interested in bringing Abraham Lincoln: Vampire Hunter to the big screen (Pride and Predjudice and Zombies is already in the works starring Natalie Portman). There is even an app for those thirsty for more of Honest Abe.