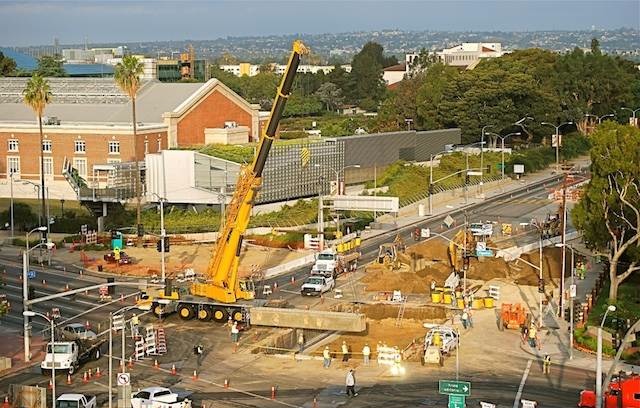 The authority charged with building a train between downtown and Santa Monica responded today to a lawsuit filed that could hinder construction on the route's second phase west of Culver City. "The Exposition Metro Line Construction Authority (Expo Authority) is confident that the Phase 2 project complies fully with the California Environmental Quality Act and the Authority intends to defend the project vigorously," an agency statement read.

Neighbors for Smart Rail (NFSR) this week filed a lawsuit challenging the approval of environmental studies, which allows the Expo Authority to begin preliminary engineering and eventually break ground later this year. They contend that running a light rail train at street level through residential neighborhoods and adjacent to schools and parks has "little or not regard to the safety, traffic or community environmental impacts such as noise, vibration and visual blight," according to their website.

"The Authority conducted many large-scale community meetings and well over one hundred additional key stakeholder briefings to discuss the alternatives that were studied and to obtain feedback from the public," the Expo Line statement continued. "The selected project alternative reflects the consensus of the communities served by the project and incorporates the highest standards for design, public safety and environmental protection."

"Communities on the Westside of Los Angeles are among the most traffic-congested in the nation and have long been underserved when it comes to options for public transportation," the authority noted. Scoping of the project has been in progress for decades