Bus Service between Union Station and Dodger Stadium is Back [Updated] 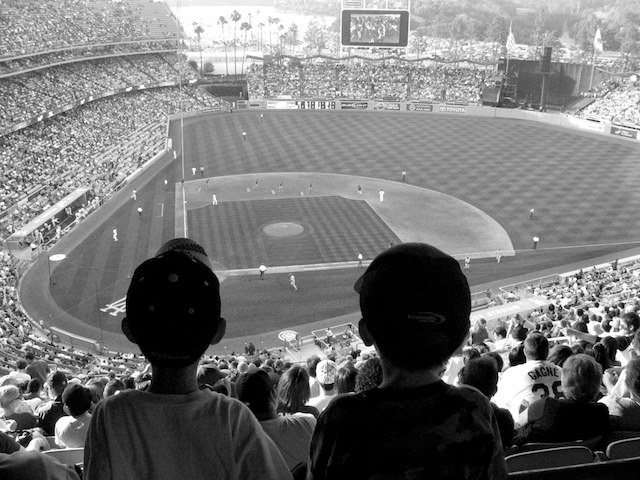 Photo by susan catherine via LAist Featured Photos on Flickr

The transit program that swept baseball fans between Union Station and Dodger Stadium in 2008 and then canceled in 2009 is back, thanks to a $300,000 grant enabling a no-cost express bus service for the 2010 Dodgers season. The news comes from County Supervisor Michael Antonovich, who sits on the Governing Board of the South Coast Air Quality Management District (AQMD) where the air reduction pollution grant was secured.

“Dodger fans across the County can now avoid the traffic, save gas and help improve air quality by using public transit and our new Dodger Express Bus to get to the game,“ Antonovich said in a statement.

Buses will run between the station and stadium every 10 minutes prior to the start of a game run every 30 minutes or so during the game. Further details are pending.

Update: Here are the details on the operation and schedule, per Antonovich's staff: