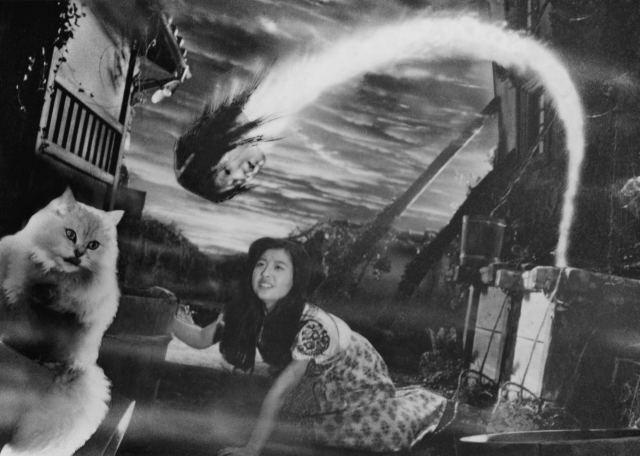 It's only March, but I can already guarantee House is the weirdest film you'll see in a theater this year. The slice of '70s pscyhedelia takes a band of Japanese school-girls, sends them to an old house, and severs all ties to sanity. House deftly melds art-house tricks with gore and slapstick, and turns on a dime. There's new-wave editing, laser ghost cats, gorgeous lighting, dancing skeletons, faux newsreel footage, martial arts, haunting melodies and a series of deaths so outrageous I don't even know how to put them to words. It opens at the New Beverly on Friday, where it plays for an entire week. And considering all the amazing films the Bev only screens a couple nights...

If scary cats and surrealism are your thing, there's Alice at the Downtown Independent. Leave the glasses at home - this is the 2D Czech import from stop-motion master Jan Svankmajer. If scary cats and surrealism aren't your thing, take the cannoli to the Egyptian Theatre for a double dose of mafioso. Grindhouse Releasing world-premieres their exhaustive (15 years in the making!) reconstruction of Gone With The Pope, documenting a sleazy scheme to kidnap The Pope for a dollar ransom from every Catholic in the world. The one-off program includes a Q&A with unnamed cast and crew, as well as the ultra-violent Godfather cash-in Massacre Mafia Style. The current DVD is sourced from a tape master, so this may be your only chance to see all the gritty details fully restored in 35mm! 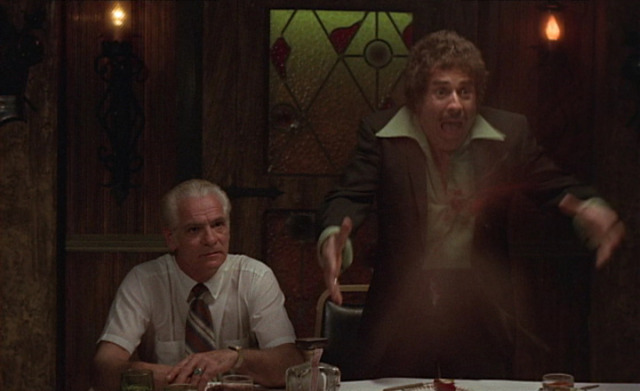 Pimp's up, gunned down! | Photo courtesy of Grindhouse Releasing

That's all for this week. Next week, we conquer Tokyo! I've got 8 plans that are the bees' knees!