Bicycle Sharrows Expected to be on L.A. Streets by Summer 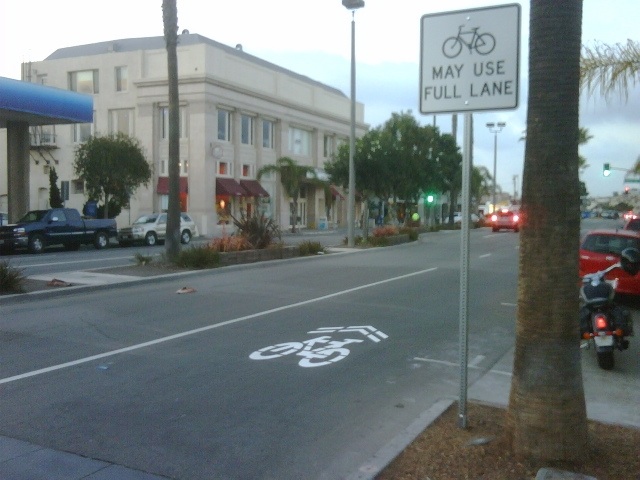 Plans to pilot bicycle sharrows on Los Angeles streets are beginning to solidify, a city bicycle official said today. A working group between the city's Department of Transportation and L.A. County Bicycle Coalition hope to announcee five to ten sharrow locations by the end of the month (a list of possible locations were announced in January).

Paint could be on the ground as early as June, the LACBC announced earlier this month, but LADOT Senior Bicycle Coordinator Michelle Mowery today told a city council transportation panel it could be mid-September. Councilmember Bill Rosendahl asked if sharrows could be installed sooner. "I don't think we can," said Mowery, citing the study process, which includes design, data collection and analysis.

Council President Eric Garcetti introduced a motion for the sharrows pilot in June of 2008.