How will the Supreme Court's Decision on Campaign Finance Affect L.A.? 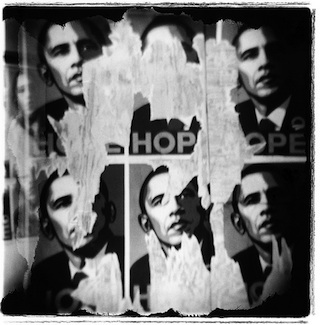 Photo by JessicaWatkins via LAist Featured Photos on Flickr
There was an uncomfortable moment for U.S. Supreme Court judges during President Barack Obama's State of the Union a few weeks ago. "Last week, the Supreme Court reversed a century of law to open the floodgates for special interests — including foreign corporations — to spend without limit in our elections," Obama said. "Well I don’t think American elections should be bankrolled by America’s most powerful interests, or worse, by foreign entities. They should be decided by the American people, and that’s why I’m urging Democrats and Republicans to pass a bill that helps to right this wrong."

Applause and cheers then erupted, but the justices didn't look too happy. Justice Samuel Alito even mouthed the words "not true."

With the decision made, governments across the country are readjusting their campaign finance laws. In Los Angeles, the Ethics Commission announced changes on Wednesday. The LA Weekly warns this means "developers, billboard companies, and public employee unions will all get to have a more direct role in Los Angeles elections." The LA Times, however, says the effects will be "negligible."

Los Angeles campaign spending has already been at an all time high in the past couple elections because corporations were previously allowed to form political action committees or contribute to an advocacy group to move money around--now they can skip that step in the process. "Last year, the union that represents employees at the Department of Water and Power spent more than $148,000 to help then-Councilwoman Wendy Greuel win her bid to become city controller," the Times noted. $39,000 was spent to help Chris Essel by the the Central City Association and the Los Angeles Area Chamber of Commerce.

Limits on direct contributions to candidates will still be on Los Angeles' books.