How Many Potholes Can You Fill with No Budget? 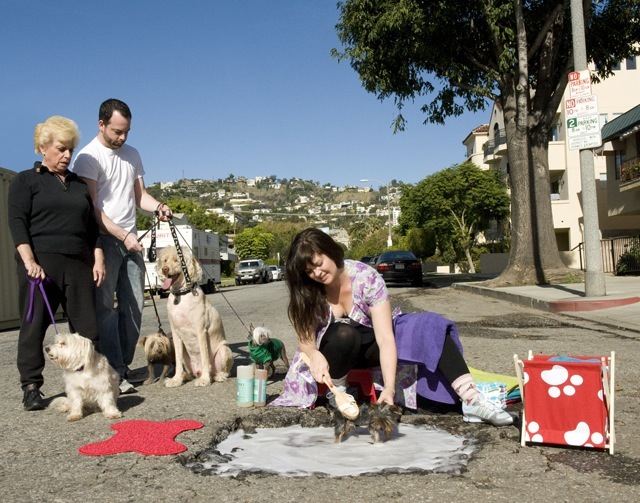 Potholes are annoying, but they do make for great public art (see more photos here)

For Angelenos who are not paying attention to the city's current fiscal crisis, they might start feeling it... literally. We're talking about potholes.

Speaking to the urgency of laying off 1,000 or more city hall workers, Mayor Antonio Villaraigosa yesterday served up the harsh realities that could be waiting for us. "I am duty-bound to tell the truth and the truth is we can no longer afford the level of services we have," he said at the Silver Lake Library. "We can reduce the number of people that take cuts, but, without that, we have no choice: We are going to have to make cuts in services. I was asked about potholes. We have been filling potholes at three and a half times (the rate) of my predecessors, but we won't be able to continue that."

While Villaraigosa is making big sweeping decisions now to fix the budget, the City Council has stayed the decision to layoff thousands of employees, which increases the deficit daily. The Daily News recently said the Council has lost focus on budget cuts. Many city workers are being transferred to proprietary departments, which run their own budgets and are not affected by the current fiscal year budget shortfall of over $200 million. Next year's deficit is expected to be $484 million.

Want to chime in on the budget? Take the Mayor's Budget Survey, which asks you to opine on the options Villaraigosa is considering (it's not a free for all that includes an option for police cuts).