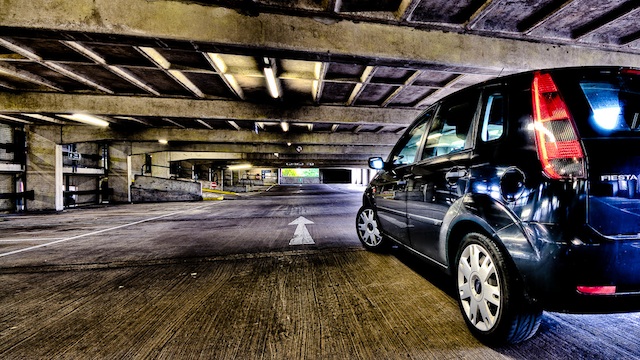 To fill in a budget shortfall of $208 million ($485 million next fiscal year), many ideas about public-private partnerships have been floated. From selling the zoo and golf courses to the convention center, it's all on the talked about. One item, however, took a major step last night at meeting of the L.A. City Council's Budget & Finance Committee: privatizing ten parking garages (and future ones under construction and planned) for 50 years. [Update: After discussion, the full council approved moving forward with developing a draft request for qualifications.]

"The truth is," Matt Szabo, Mayor Villaraigosa's Chief of Staff, twittered, "after 11 hours of debate, the parking garage proposal was the most significant item the committee actually approved."

The committee approved moving forward with the plan to privatize ten city parking garages in Los Angeles by authorizing the development of a request for proposals and related funds to the tune of a half million dollars. If the idea works,hundreds of millions would be paid by private entities up front to the city—that money would go into the city's depleted reserve fund—for the right to run and profit off parking garages. The issue will be discussed and possibly voted on by the full City Council at today's meeting.

City staff also pushed for finishing a study of privatizing parking meters, something the city of Chicago did, selling them to Morgan Stanley for 75 years. Councilmembers were adamantly against the idea, voting unanimously against it.

However, they did direct the Department of Transportation to speed up parking meter replacement citywide. "It's gold in the gutter," exclaimed Councilman Bill Rosendahl, annoyed with broken parking meters all over the city. But the city's top transportation official, Rita Robinson one upped him: "were passing up gold bars now."