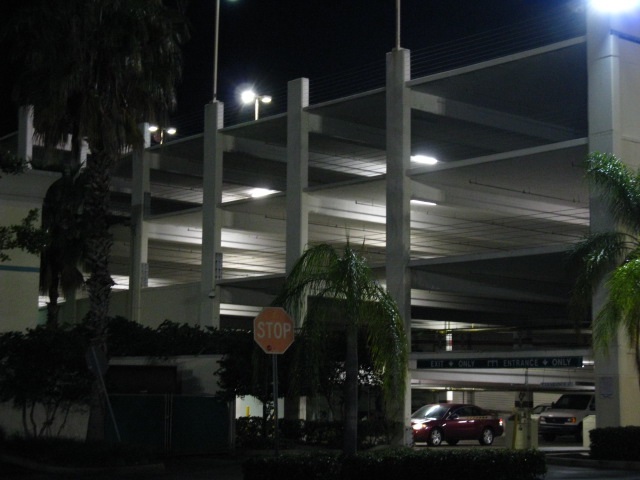 As the process to fix Los Angeles' budget woes continues, today a City Council budget and finance committee will examine the recent mid-year and three-year fiscal reports and recommendations—you know, laying off 1,000 employees, etc—in addition to a major 400-page report on possible budget savings via public-private partnerships on city-owned parking structures. While the meeting is open the public, the parking discussion will be behind closed doors, but the the report is at least publicly available.

In the report, it presents "findings and recommendations for further action in support of a [public-private partnership] concession and lease for ten parking structures within the City." Those ten make up 8,398 spaces and are (street name in neighborhood):

The report also details new parking garages with approved and pending funding. They will also be considered under the public-private partnership plan:

Does it mean prices will increase at these parking garages? Possibly, but the report also found that "the private sector will drive higher revenues, primarily through more aggressive marketing and more timely reaction to market opportunities... The working group believes it is unlikely that the City could achieve the same level of revenues as the private sector, motivated by profit and unencumbered with conflicting City priorities for scarce resources."

Even if the city was not in a fiscal nightmare, city staff nonetheless recommends a fiscally prudent approach. "The City should strive to focus its resources on the efficient and effective delivery of core services," the report explained. "Generating economic development is a core function of government, however operating garages is not. Parking is essential to the viability of the local economy and can be successfully managed and leveraged by the private sector, as evidenced by their operation of parking facilities throughout the City, some of which directly compete with City facilities."