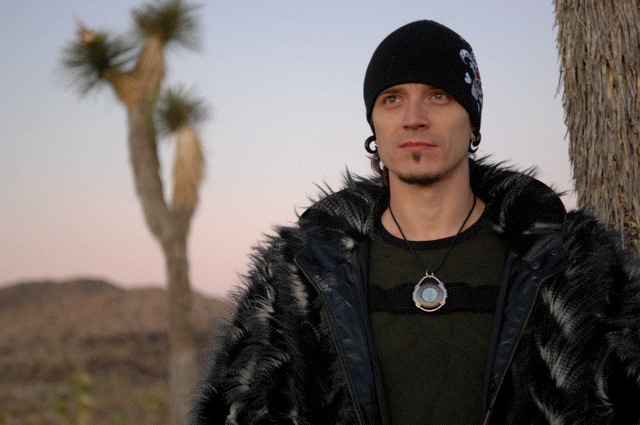 Meet Mystery tonight at Barnes & Noble inside The Grove, he'll be signing copies of his new book 'The Pickup Artist: The New & Improved Art of Seduction'| Photo by Stephen Yi Lin (courtesy of Random House)

Erick von Markovic has been called "the world's greatest pick-up artist" and "the world's most successful pick-up artist," but the name he's best known as is "Mystery." Thanks to Neil Strauss' book The Game, Mystery's work crossed over from message boards to the mainstream. In 2007, Mystery became an even bigger name thanks to the successful VH-1 reality show "The Pick-up Artist."

In addition to television, Mystery has spread his word online, in person with his own boot camps, and as an author. Tonight, Mystery will be signing copies of his latest book, The Pickup Artist: The New and Improved Art of Seduction, at Barnes & Noble inside The Grove.

LAist had the chance to chat with Mystery about the new book, boot camp, the growth of the pick-up community and much more.

1) The name of the book is The Pickup Artist: The New and Improved Art of Seduction. What did you feel needed to be improved?
First and foremost, the entire pickup or seduction community has had the spotlight on it. So women have become more aware of pickup.

When the first season of my show came out, I was expecting there to be some backlash. There wasn't though. I was surprised by that.

I've invited girls to my boot camp before, and the reaction I'd get from them would be 'Yup, that's how you get us.' You can teach pickup to women.

I've had guys come up to me and say 'You're revealing all the secrets.' If you need pickup to be a secret, it's unethical. Not only can you teach women pickup that you use yourself, but it will still work. It's all based on emotional psychology.

2) The book is dedicated to 'All the lonely hearts.' Would you say these lonely hearts are the target audience of this book?
No. I was the first lonely heart in my life. When I embarked on this whole pickup artist journey I wrote notes. In fact, the very first chapter of this book, the first few paragraphs are my original posts that I wrote in 1998. I wrote 'I am a pickup artist' anonymously in a blog as 'Mystery.' I thought that was a fitting way to begin this book. Some of the very same things I said in '98 are still around. That was a long time ago. The world is still turning and much of it remains -- aside from now having a much more complex social life, of course. My love life is just messy but I guess those are good problems to have.

3) What is a typical boot camp like?
It's a light-hearted weekend outing for men. The last one I did was about three weeks ago in Miami. We had 55 people there, plus my guys. So about 60 guys total.

It's fast paced. I only have three days to work with them and I have to create life-changing results with them. I have to snap them out of whatever funk they are in at that moment and show them that it's not dealing with internal conflict, the 'inner-game,' as they call it.

The outer game is a way of systematically approaching groups of people without threatening them. A lot of men will typically go up to a girl and not realize that women of beauty are rarely alone, they usually travel in groups. Already they've alienated the other people in the group by talking to her and hitting on her before he's even given her the opportunity to see him interact with the group. This interaction gives her the chance to see his personality.

After three days of that, those guys are ready. They're ready to go on their adventure and get good at this. 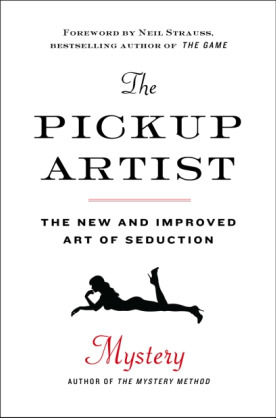 4) How has your relationship with Neil Strauss changed your life?
I'd say both he and I have influenced each other greatly. Has he made me a better writer? No. He definitely taught me a work ethic. He's a brilliant writer.

When I was in high school, the first group of friends that gravitated towards me weren't exactly the kind of friends I intended on keeping. The friends that I have now, Neil being one of them, I'm happy to say that I'm proud of. I'm proud of Neil, proud to call him a friend.

5) During this recent rise to fame you're experiencing thanks to the books and reality shows, what has been the biggest surprise?
It's been fun. When The Game first came out, I enjoyed having people approach me and say 'You're Mystery, you look exactly how I thought you'd look.' Especially in nightclubs. That setting is full of people who were already familiar with my work. Neil did a really good job at crafting an image of what I looked like. People were recognizing me from the book.

Then came the reality show. VH-1 really pushed that show. Eight episodes, each an hour long. Then they did full-day marathons of it. A full day of Mystery on TV! The celebrity felt explosive. I thought there was nowhere to go but down. Then came season two and it just got bigger. Instead of doing a third season, I decided to do a spinoff. I can't talk much about that though.

In the last year though, I've been doing a boot camp tour. I'm traveling the world now. I live in Hollywood. It's absolutely great.

I hung with David Copperfield for a few months. He's a full blown celebrity. He's three-quarters of a billionaire from being a magician. There was a certain hype that surrounded him when he walked into a room. I can't help but think that I too am now garnering a similar sort of hoopla, for lack of a better word, when I walk into a room.

I love it. You'd figure that because of my work, guys would say 'Stay away from my girlfriend' even just as a joke, but instead they're throwing girls at me. Isn't that crazy?

6) Can the skills you teach be translated into other aspects of life?
A lot of guys love it for business. The way it works is, if a guy likes you he wants to do business with you, if a girl likes you she wants to have sex with you. I get a lot of business opportunities thrown my way.

It's daunting also though. Every time I go out there and have a smoke, it's looking at me saying 'Ok, what's next?'

Mystery will be signing copies of his new book, The Pickup Artist: The New and Improved Art of Seduction, tonight at Barnes & Noble inside The Grove at 7 p.m.