DVD Review: Andy Kindler’s ‘I Wish I Was Bitter’ 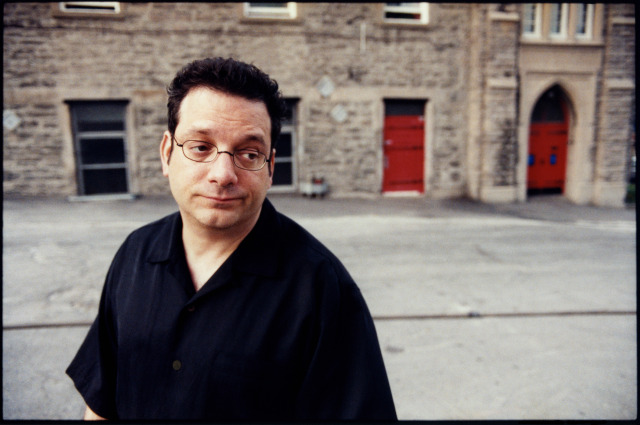 Andy Kindler, He Am Bitter? | Photo By Susan Maljan / used with permission

Leave it to the New York-born/Los Angeles-resident to record a stand-up comedy concert that turns out to be a period piece. The ultra-witty comedian’s new DVD, “I Wish I Was Bitter” (grammatically suspect, he knows,) was recorded in 2003 at the M-Bar in Hollywood. It’s a wonderful look back at a time when our nation had a funny-talking Caucasian President, straight guys benefited from queer eyes, and, while, Jay Leno was making millions laugh, Kindler wasn’t one of them. (Shocker: He still doesn’t find Leno funny.)

If some of the 47-minute show’s earlier-this-millennium references are lost on you, the DVD contains a glossary of 2003 terms. For example, a refresher on “Crank Yankers”: ”Puppets and phony phone calls have never been funny. Combining them was a stroke of genius.”

If a glossary isn’t enough, Kindler again zigs where many comics would zag. He provides a bonus audio commentary of the entire show. (Yes, it’s the comedian on the comedian -- hilarious, bizarre, and it works.)

Kindler also digs deep into a favorite topic of his (and what better place than a show in Hollywood): the entertainment industry. He skewers it, starting with his suspicion that there were network executives meddling with the Greek tragedies. He points to a contemporary sitcom “According To Jim,” proving those execs haven’t learned much over the centuries. He may be onto something.

One of the things that makes great comedy records timeless is the ease in which one can re-listen. With Kindler’s “I Wish I Was Bitter,” it's hilarious regardless to your relationship with 2003, but he does provide some help if you need it.

On an episode of my podcast, The Gentlemen's Club With Hammer and Bacon, Kindler stopped in to talk more about this DVD and that late night host with the big chin. | Follow Caleb Bacon on Twitter @thecalebbacon.