Thanks to Craigslist, Downtown Bicycle-Theft Ring Busted by Undercover Cops 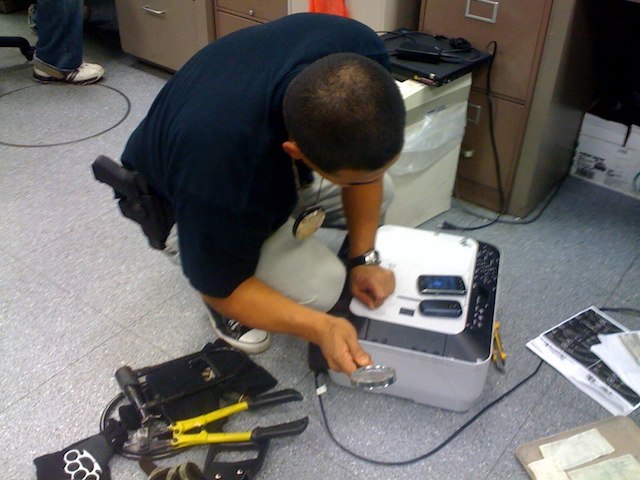 As downtown continues to grow as a dense residential neighborhood, so has bicycle usage, which in turn has had a downside: increased bicycle theft. 2009 saw a 63% increase in thefts in the neighborhood and 2010 was looking no different. But police this past weekend may have helped put a stop to that increasing neighborhood crime trend after arresting men involved in a theft ring.

On Friday, undercover detectives visited a man in Santa Monica to buy a bike posted on Craigslist, which was thought to be one stolen the day before in downtown. The seller, 51-year-old Ukrainian native Konstantin Rostovtsev, was arrested after agreeing on the sale of a $600 Sirrus bike for $300.

Rostovtsev's arrest led detectives next to another alleged source for stolen bicycle, Edward Rene Arciga, the next day. “We called Arciga and asked him if he had bikes for sale,” said Lt. Paul Vernon, who heads up the Central Detective Division. They met him at a motel at Olive Motel on Sunset Boulevard where he pulled a bicycle out of his Mercedes Benz’s trunk to show them a potential bike for sale. As he was being arrested, an accomplice opened up one of the motel's room door, exposing bolt cutters and more bikes.

“This latter arrest was a gold mine,” said Vernon. “We found the two men were also bleaching money to counterfeit $100 bills.” The Secret Service was called in to seize a computer and printer related to the counterfeit operation and evidence of heroin use was also found.

“We think Arciga and Rostovtsev are just one of several rings working downtown,” Lt. Vernon warned. “All bicyclists need to protect themselves with good locks, record their bike’s serial number, and keep a receipt of the bike’s purchase price to prove its value; and remember, don’t leave a bike in a public place, even locked up, for longer than is necessary.”