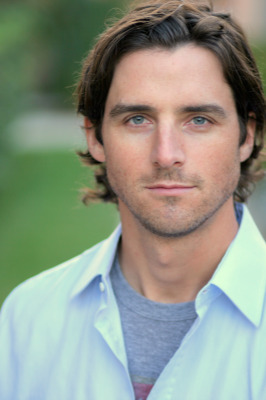 Charlie Farrell can be seen tonight in the hilarious "Point Break Live!"
LA has a diverse cast of characters. Whether it's the characters with stirring stories or interesting occupations or the people who are just simply characters, this town has them all. In an effort to get to know some of those characters a little better, we've created "Seven Questions with..." If you have a suggestion for a future Seven Questions subject send us an email.

Curtis Jackson, better known as 50 Cent, once said he loved Los Angeles because it was a city full of ambition where everyone works two jobs. Today's "Seven Questions" subject is great example of this.

Chicago native, Charlie Farrell spends his days showing tourists the best Los Angeles has to offer as a tour guide. When he's not pointing out LA landmarks to fanny-pack clad vacationers in his big green bus, Charlie can be seen playing Bodhi in the longest-running live show in Los Angeles — "Point Break Live!", the original concept play and adaptation by Jaime Keeling of the 1991 Keanu Reeves/Patrick Swayze movie Point Break.

Charlie, who can be seen tonight's performance of Point Break Live! at the Dragonfly, took some time to exchange emails with LAist to discuss backhanded compliments international tourists give Americans, Los Angeles traffic, his pick for Johnny Utah and much more.

1) No one is from LA, where did you come from and how did you get
into touring and acting?

No, of course, you're right. I'm from Chicago. For years, I worked for "The Oprah Winfrey Show" where I learned that working IN television was not as fun as working ON television. So, I started taking classes at Chicago's Second City and graduated from the conservatory there. After deciding I wanted to act, I moved to LA where a friend from Second City offered me a job as a tour guide with Amazing LA Tours. It is the best, actor-friendly, day-job that I have found and I'm lucky to have it.

2) What is the strangest thing you've learned about Los Angeles since you started your day-job as a tour guide?
I've learned that LA traffic is extraordinarily consistent and predictable. When you are on the road all the time, you realize that traffic usually moves at the same pace every day. You will see the same cars with the same memorable vanity plates day in and day out. If, for some reason, I do get stuck on the 405 with a bus full of tourists, I try to play it off like they are lucky to experience true, authentic LA traffic. I'm not sure they buy it.

3) What are the biggest misconceptions international tourists have about America or Americans?
Regardless of which country they come from, tourists all have a very negative opinion of the states BEFORE they visit. They are always pleasantly surprised at how nice Americans are after spending time here. They are all too anxious to tell you how they feel about the US though. They often start conversations with sentences like, "Before we came here, we thought your country was shit, but now........" They are paying us a back-handed compliment but sometimes their candor is a bit hard to stomach. But, you have to bite your tongue - lest you lose your tips. I guess I'm a sellout. Tourists are also very disappointed by Route 66 and are impressed by the overall cleanliness of the US.

4) How do you squeeze auditions into the middle of your tour schedule? It can't be good to show up in a big green tour bus!
Anyone who knows, dates, works with or has befriended an actor has heard countless stories and cliches about the life we lead and how we have to get across town memorizing lines, reading scripts, changing wardrobes and other tasks - all while driving. So, I won't bore you with more of those. However, the big green bus is a big green badge of honor. If you can't show up to an audition in a big green bus, then you are probably taking yourself too seriously. In "Can't Buy Me Love", Ronald Miller makes his dad's Tic Tac Tile station-wagon seem cool. I try to do the same thing with the big green bus. My advice is to work for a company that is not only flexible, but one that believes in you, and believes in what you are trying to do.

5) How long have you been involved with "Point Break - Live"?
The show is the longest-running live show in Los Angeles. It is in it's third year, which is astounding for independent theater in this film-and-television town. I have been with the cast for nearly two years. Along with Tobias Jelinek, I play the Bohdi character which Patrick Swayze immortalized. Los Angeles is the main cast, but there have also been satellite shows in New York, Las Vegas, and San Francisco. I would love the opportunity to fly to Chicago to play Bohdi in front of my family and friends when it opens there this month.

6) Who has come to see the show that has most impressed or surprised you?
We have had everyone from Kate Beckinsale to Minnie Driver to Kirsten Dunst to Justin Long come see the show. It's always encouraging and flattering when they do. However, when we have people who were involved in the original film "Point Break" in the audience, that is when it is really special. We have had everyone from the writer, to the producer, to the actors from the film see our live show. Look up the youtube videos from the night Gary Busey came to see the show. It was insane. Either way, when successful film actors come out to support live theater, it is always rewarding.

7) Finally, if you could pick anyone to step into the role of Johnny Utah in the show, who would you take to the edge and past?
The fun answer would be either Adam Carolla or Vince Vaughn. I think both would have a ton of fun playing Utah and would bring a special quality to the show. The sappy answer would be my younger brother, Casey. Short of playing quarterback for Ohio State, he is the REAL Johnny Utah. He became an FBI agent at 26, just like Utah and he lives that life everyday. All his FBI buddies from the Los Angeles Field Office on Wilshire have seen the show, but I'd love for them to see it when he was Utah. It would be a unique opportunity for me to perform a live show in Hollywood with a family member, and I'm sure he'd love to prove to everyone that FBI agents are not just a bunch of stiffs.

Tickets to Point Break Live! can be purchased online at TicketMania.com