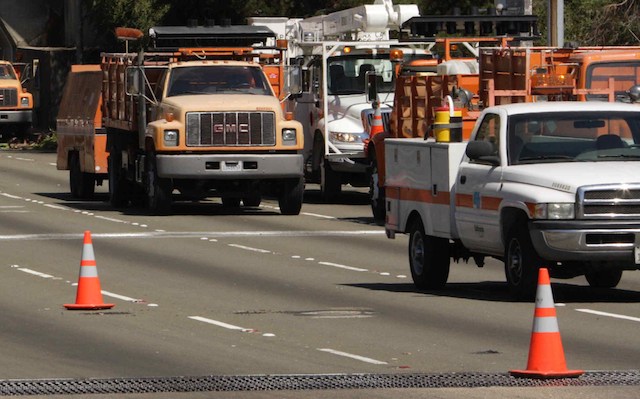 A slew of new laws are coming into effect in 2010, many of them relating to driving. Yesterday, we explored ones about drunk driving, TVs in vehicles and bicycles without seats. Today, let's take a look at two more: the Move Over law and towing.

The Move Over law, which is already law, but was set to expire in 2010, is now permanent. Basically, it gives California Highway Patrol officers some teeth to enforcing drivers who dangerously blow by emergency and Caltrans vehicles and tow trucks working on the freeway.

"Drivers approaching a stationary emergency vehicle or tow truck with its siren or emergency lights activated must proceed with caution and move into an available lane not immediately adjacent to the emergency vehicle or tow truck.," explains The Auto Club of Southern California in an e-mail. "If such a move is not safe, practicable, or legal, the driver must slow to a reasonable and prudent speed that is safe for existing conditions."

Also, AB 14 could make it harder for anyone arrested for using a vehicle to commit or attempt to commit a crime of prostitution or illegal commercial dumping. Cities and counties will now be authorized to create a local ordinance allowing police to consider vehicles used for those purposes to be declared a public nuisance and impounded for up to 30 days f the person has at least one prior conviction for either of those crimes in the previous three years.