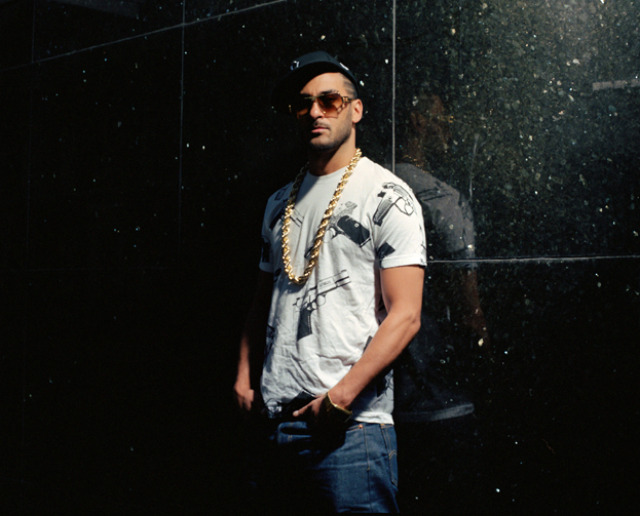 When Armand Van Helden jumped onto the house music landscape in the early ‘90’s, it was as a star.
Thanks to a hip hop influenced, classic house sound, this Boston-born New Yorker, soon began commanding remix fees higher than many of his veteran peers. Numerous successful LPs and a mess of number one hits would follow.

In this half of the new millennium, he's tried something new, taking music cues from electro and indie rock. While this legend, who turns 40 next year, has changed his sound, he hasn't lost his passion for music that makes people wiggle and jiggle. In fact, it's brought him yet another number one UK hit with "Bonkers," featuring Dizzee Rascal.

LAist had a chance to chat with the straight-shooter, Armand Van Helden, about dance music today, trance, and his plans to rock Hollywood on Friday, when he plays the one year anniversary of Avalon’s weekly Friday party CONTROL.

LAist: What do your DJ sets sound like these days?

What about dance music is fresh and exciting as you move into your third decade in it?

I’m happy with all the things that have happened in the past couple of years. Around 2002 and 2003 all the indie rock kids started to incorporate dance music into their sound and now every rapper in the world is doing the same. It’s been exciting that all these people have put dance music back into the cool pages.

Your track with Common, "Full Moon" was a great mixture of hip hop and house. What do you think about today's big dance music tracks with hip hop artists ? (i.e. David Guetta vs Akon, and Tiesto vs Three 3 Mafia)

There’s high levels of cheese everywhere especially with stuff that’s new. I support them because I’m passionate about dance music and have made a career out of it so I don’t really care if its cheesy, I just care that at the end of the day it’s making people want to do their own research about where the music is coming from, that way they can find out where the roots of the music are coming from, it builds bridges that way. It’s like when a kid listens to a new rock band, and then they go and try to find out who influenced those guys and end up listening to Led Zeppelin, the kid finds out about Led Zeppelin, and where that music is coming from, it’s building bridges.

Talk a little about your disco-tinged collaboration with A-Trak, "Duck Sauce."

I don’t know how to explain it really, just combining two similar worlds and trying to make classic records.

After scoring a #1 UK hit in 1999 with "You Don't Know Me," you've done it again with your Dizzee Rascal collaboration "Bonkers."  Did you think you'd get back there a full decade later?

No, the thing with me that has been somewhat recurrent in my career, is that all of my songs that have been number one or crossed over to pop were unintentional, ‘You don’t know me’ was a quirk and ‘Bonkers’ was a quirk.

Yes. I had a lot more fire in my younger days so I was more adamant about vocalizing it, nowadays I’m more of a lover than a hater. It’s just that it’s soulless. Soul might be the wrong word cause it’s got soul to the people that want to hear it, but it doesn’t mix people, it doesn’t bring different kinds of people together, it separates people more than it brings them together.

What's in your bag of tricks for playing Avalon in Hollywood this Friday?

Where are your favorite places to go in Los Angeles?

Well, the beach, I go up to Malibu and just sit on the beach or swim, I live in New York so I don’t get that.

Are you still The Funk Phenomena?

Probably for life, I don’t see why not.