LAPD Apparently Tackled Cyclists While Riding in the Street 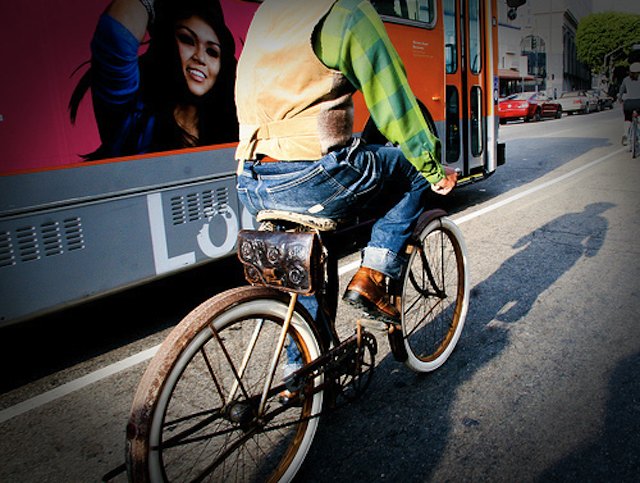 Photo by SevenPhoto via LAist Featured Photos on Flickr

We've heard about the LAPD doing this before—one LAist writer witnessed something like this last year in Hollywood—and here it is again from last Friday night, via Damien Newton at Streetsblog:

... things got ugly when Los Angeles Critical Mass breezed onto Los Angeles Street and ran into an LAPD Squad Car facing against traffic with its lights flashing. According to eye witnesses, the two officers tackled cyclists off their bikes at the front of the mass and were still trying to drag massers off their bikes at the tail of the mass. Witnesses claim that there was no announcement that riders should dismount nor any attempt to signal out riders that were lawbreakers, just an attempt to randomly grab cyclists and detain them.

Apparently, one part of the incident was caught on video and will be uploaded to the internet soon, according to one Streetsblog commenter. If you remember, one officer got into trouble after tackling a cyclist in New York City (it was caught on video).

And for some good news, new LAPD Chief Charlie Beck has ordered a bicycle working group to examine bicycle policies.