Howie Mandel Opens up About OCD with 20/20 Tonight 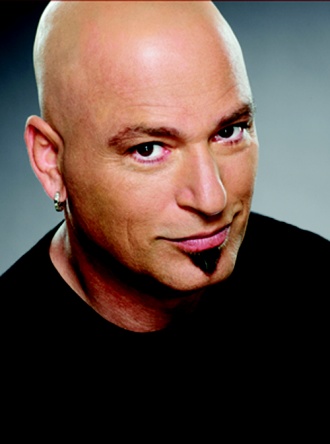 Tonight 20/20 takes a look inside the life of comedian and host of "Deal or No Deal" Howie Mandel
Along with being a nationally headlining comedian and host of a hit TV show, Howie Mandel is also horrified by germs. Tonight ABC's 20/20 gives us an in-depth look inside the life of Mandel and the daily battles he's faced throughout his entire life as a result of obsessive compulsive disorder (OCD).

Mandel, who earlier this week released Here's the Deal: Don't Touch Me, a frank and funny memoir about the star's struggles with OCD, allowed ABC News' David Muir to follow him for two weeks from the set of "Deal or No Deal" in Stamford, CT to his enormous home here in Los Angeles to his penthouse in Las Vegas' MGM Grand.

The 54 year-old native of Toronto tells ABC about the origin of his signature greeting - the fistbump; "In my mind [my hand] is like a petri dish. ... Otherwise I would spend the day, as I have in the past in my life in the men's room rubbing and scrubbing and scalding." Mandel also reveals the struggles of his childhood; As a child he did not tie his shoes because of his unhealthy fear of germs. Mandel, to this day, will not wear shoes with laces. A husband of 30 years to his wife Terry and father of three children, Howie also opens up about living at OCD with his family - he's been known to wear a surgical mask and rubber gloves when one of his loved ones are sick.

Despite the obstacles that OCD has thrown at Mandel, he manages to stay in the spotlight as one of the biggest names in comedy. Tune in to ABC's 20/20 tonight at 10 p.m. for a fascinating look at this funny man.

You can meet Mandel December 8th at Barnes & Noble at The Grove, he'll be offering fistbumps and signing copies of his new book.