Interview with Kellan Lutz from 'The Twilight Saga: New Moon'

Kellan Lutz plays Emmett Cullen in the Twilight saga: Twilight, New Moon, and Eclipse, and was also in HBO's Emmy-winning series "Generation Kill" with fellow vampire genre god, Alexander Skarsgård aka Eric Northman of "True Blood". We talked with Lutz about his experience with Skarsgård, details on the New Moon sequel, Eclipse, as well as his aspirations for the future.

Most amusing about waiting to do the interview with Lutz was the roomful after roomful of Twilight webzine/fan page page girls, mostly teenagers, who were ushered in to see him for roundtable discussions and photo opps. Lutz tells us that The Twilight Saga: Eclipse will attempt to attract the boyfriends of all those girls to get them in the theater as well.

For the meantime, The Twilight Saga: New Moon premieres on November 20th in theaters everywhere. 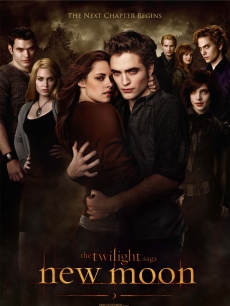