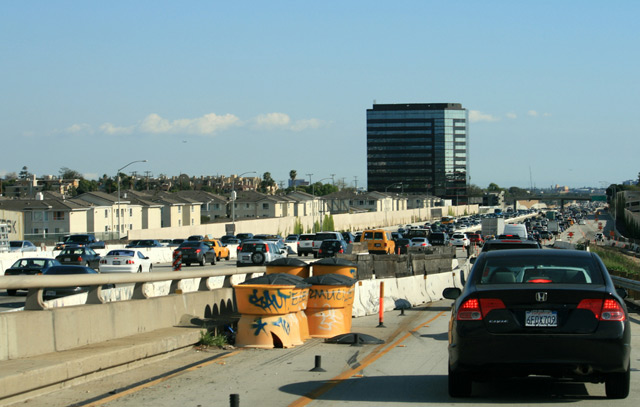 Photo by pink_fish13 via the LAist Featured Photos pool on Flickr

Carpool lanes added to the Southbound 405 Freeway as part of a $167 million project were opened up this weekend, in the hopes this will relieve some congestion on the road. "Caltrans workers Saturday took out barricades on the southbound 405 freeway's carpool lanes from the Interstate 10 Freeway interchange south to the 90 Freeway," explains CBS2, adding that the last step was to replace the surfacing material in the center divider.

Caltrans has been working on this particular project for 5 years, and the work on the Northbound side is expected to be completed and the lanes open later this month. In addition to the carpool lanes, the project has provided more exit lanes, and widened the 5 regular lanes 10-12 feet.

To the south, another 405 congestion-relief project in the OC was named as one of the 21 "Critical Transportation Projects" in the region.