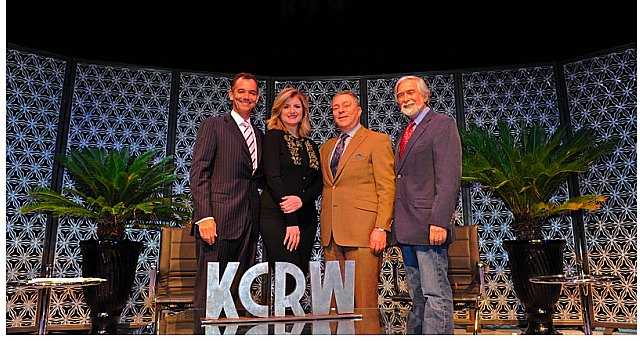 Los Angeles is a metropolis, a diversified city of 3.6 million with interests as varied as the neighborhoods that comprise its vast mosaic. Yet, one of the most persistent knocks against this town is its lack of interest in news and politics. Television news, what with its raging hard on for weather-related pieces and sex scandals, gives some life to those pernicious slanders. Print journalism's slow death also does nothing to dispel what may be a lack of interest in the news and the second largest media market in the nation now has one full time AM news station. Thankfully, for you news junkies out there, we have public radio and its weekly news show Left, Right & Center.

LRC, aired on 89.9 KCRW, is a roundtable discussion on the day's most pressing issues with pundits from, as the name implies, three political viewpoints.

Listeners are treated to a relatively calm, adult-like conversation about the issues with four politicos whose grasp of the most topical issues are wonderful grist for the news junkies mill. Sunday's live broadcast, from the The Broad Stage in Santa Monica, was no different, but did provide a rare glimpse into the world of LRC.

When listening to the show on air, hearing as each pundit lists a litany of supporting statistics, figures and historical quotes, it can be easy to dismiss their individual genius. Anyone can have stacks of paper in front of them to make them sound smart. In person, however, there is no denying the immensely prepared brilliance of the squad: Liberals Robert Scheer and Arianna Huffington, centrist Matt Miller and conservative Tony Blankley.

Sunday's conversation, in front of a sold out crowd KCRW said numbered 500, included debates on the economy, health care, troop levels in Afghanistan and the White House's continued efforts to shape the debate on their key issues nationwide. 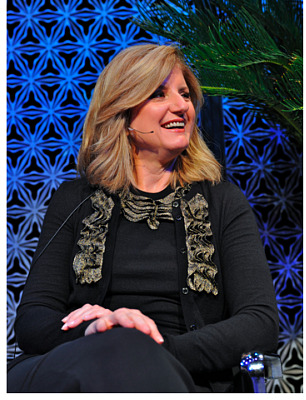 There were no surprises - Scheer and Huffington want health care for all, Blankley thinks its a mistake to trust the government as Miller issued cautious reservations about the so-called public option that would allow greater coverage nationwide. On other issues, the liberals stuck to their sides and the conservative stayed in his camp; no one on stage was swayed by the other and the audience - as one might have guessed from a public radio station in a Santa Monica theater - was firmly with Scheer and Huffington on most every point.

In fact, these points are precisely why LRC succeeds as it does. It would be easy for KCRW to simply run a weekly half-hour echo chamber of drum beating liberal discussions to a fawning audience. But its signature political round table is so much more.

Started 13 years ago, Left Right & Center has grown considerably from its meager roots. In its infancy, Scheer, Huffington and Miller would take turns each week hosting their own show, each interviewing a guest of their choice. Later, the show coalesced into today's familiar format with the three pundits, but lacking a true conservative after Huffington's political about face. They shuffled through three Republican ideologues before settling on Blankley, a former press secretary for Newt Gingrich as the House Speaker's Contract with America was seeping its way into the national psyche.

Together, the four have been together for nearly five years and been eschewing popular wisdom about what news commentary shows should be ever since. The beauty of LRC, besides its ability to inform without sounding haughty (ahem, BBC), is its inherent place as the antidote to Messers Beck, O'Reilly and, yes, Olbermann. LRC has no interest in convincing you they are right and feel no need to scream over each other to show how the other is wrong. Its strength is its civility.

Sunday's show was no different, though it did offer an interesting glimpse into the show's inner workings. As with all live performances, there is an incredible chance that something will go wrong: a mic could break, a pundit could forget what they're saying, an audience member could shout "You Lie!" But the show moved along flawlessly through an hour discussion and 30 minute Q&A owing much to its crack team of engineers and producers, led by Sarah Spitz. 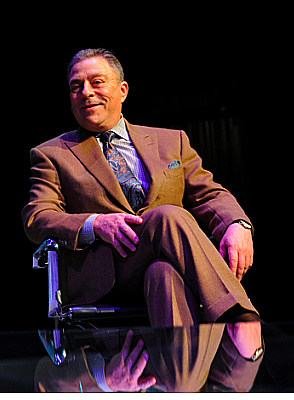 The show started with a brief chat about the troubled economy with Scheer, a former L.A. Times reporter and current editor of Truthdig.com, assailing the lack of transparency of banks and financial institutions and calling for more oversight. Blankley said we needed to save the biggest banks and companies that were "too big to fail" saying that a fiscally calamitous domino theory could have ensued.
The four moved on to health care with Huffington, a noted author and editor of the eponymous blog, calling on greater public choice in a nation with 46 million uninsured residents.

"The essence of competition is that there has to be some other place you can go to," she said about the current proposal in the Senate that would offer greater flexibility for payer's health care needs. "[The Public Option] is not the thing the fear mongers on the right would have you believe."

Matt Miller is something of a wunderkind in Democratic circles. A youthful looking 47, he is now a senior fellow at the Center for American Progress and a columnist for left of center publications. He is a former aide in the Clinton White House and wrote the 2003 bestseller "The Two Percent Solution: Fixing America's Problems in Ways Liberals and Conservatives Can Love."

His politics are clearly to the left, which invariably stacks the deck each week 3-1 against Blankley, but Miller tries to hold down the center and does a yeoman's job of showing the centrist perspective that comes from building political bridges during the Clinton years.

As the left called out the right for not caring about American's health care and the right saying the current health care proposal carries too much of a risk, Miller was the voice of pragmatism. He called out the left's "love affair with the public option," but also said that our current system is "holding us back."

"The premise that there's no competition is just wrong,' Blankley countered. "The real concern is how do you pay for everyone"

Scheer had a solution: "I think we're ready for Socialized medicine."

They moved on to Afghanistan and Iraq, touching on troop levels and the continued conflicts that still galvanize the American public. Scheer questioned the wars' premise and said, as he has in the past, that our focus should be on the "real perpetrators: Saudi Arabia." 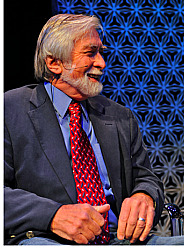 Huffington said our focus should also be on alleviating world suffering in parts of the world that desperately need international muscle, like Sudan. Blankley said the president has two choices to make: sending the amount of troops his generals are calling for or drawing down our premise. "I fear he will make the wrong choice," Blankley said.

One of the most impressive virtues the four panelists, besides their accomplished brilliance, is that none carried with them preparatory notes to remind them of key stats or talking points. Miller had a sheet of paper, but that seemed to be his script for the radio station, not for his arguments.

Indeed, each showed a stunning mastery of the day's events, citing historical precedents (FDR's push for Social Security: similar to today's push for health care, Huffington reminded us), relevant polls (a majority of Americans now favor the public option, Scheer said), and biting logic (if a majority of Americans support the public option, why hasn't the Senate passed it? Obviously this was recorded before the Senate moved forward with a public option. In retrospect, it doesn't seem so biting.)

Audience questions were next and mostly reflected the educated, informed listenership that likely make up LRC's audience. Some asked about the trending topics that comprised Sunday's chat, others took the opportunity to ask of other topical items.

When asked about marijuana, for example, Scheer said there is no reason it should be illegal. Alcohol is much more dangerous, he said. Another asked why the Obama White House has such trouble selling their message just months after a packaged campaign of "Change" so effectively swept the nation. Miller said governing is harder than campaigning. 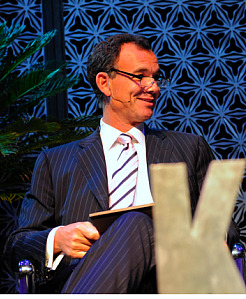 Someone asked about Fox News and it was surprising it took as long as it did for the whipping dog of the left to make an appearance. Blankley said the only news gathering option out there, among the major networks, is CNN and he doesn't watch Fox News nor its counterpart on the left, MSNBC.

All in all, it was an elucidating evening and not just because the audience - who paid between $50 and $100 to be there - learned about some of the day's most important issues. What struck this audience member was the brevity that can be packed into a discussion on things all Americans should be discussing. It helps that the foursome each day devote their hours to consuming the news, and thus can readily cite stats to back up their opinions, but it is then our job to glean from them what we can and regurgitate that to the world.

And that is exactly what happened afterward, as streams of audience members continued to talk of health care, Afghanistan and the economy in the parking lot. It was encouraging, even if they all agreed.