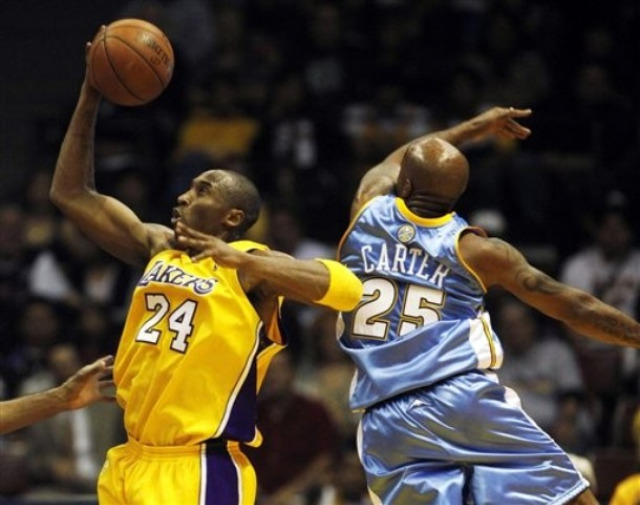 The NBA season kicks off tonight and we're checking in with Yahoo! Sports' NBA blogger J.E. Skeets to give us the scoop on the 2009-10 campaign. (AP Photo/Lenny Ignelzi)

With the World Series upon us, college football reaching it's half-way point and an exciting NFL season heating up, you may not have realized that NBA is tipping off tonight. One guy who's definitely aware of this is J.E. Skeets, Yahoo! Sports NBA Blogger.

Skeets' Ball Don't Lie, a mainstay among the top blogs on BallHype's rankings, has been anxiously awaiting the arrival of the 2009-10 NBA campaign. The writer who hails from Toronto has been breaking down every team, every division, every player for weeks with his previews full of insight, analysis and old-school hip-hop lyrics.

Skeets who is a part of the Yahoo! Sports NBA team that includes Adrian Wojnarowski and Marc Spears took some time out from photoshopping Mountain Dew logos on Caron Butler, digging up pics of Charles Barkley when he was skinny and dropping NBA knowledge on his readers and Twitter followers to answer our questions about the upcoming season. 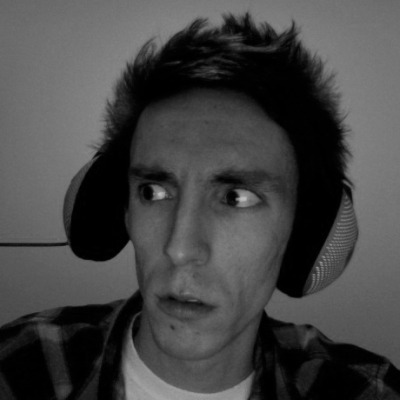 As soon as the Leafs are mathematically out of the playoffs.So, um, yesterday.

We know Ron Artest makes the Lakers more interesting, but does he make them better?

Yes. It'll take him a while to find his shots on the offensive end — Hey, Ron, some words of advice: leave the off-balanced three-pointers to Kobe — but his talent to shut down the opponent's best player, regardless of their size, makes L.A. a better ball club. How in the world are teams going to score on Kobe and Artest late in the fourth quarter of games?

Does Shaq make the Cavs better? Will he just get in LeBron's way?

Will he get in LeBron's way? No. No one gets in LeBron's way. But can Shaq play inspired defense without bitching about not seeing a lot of scoring touches? We'll see.

How many wins do you see the Clippers getting?

Let's go with somewhere between 30 and 35. I don't see them making the playoffs, if that's what you're really asking. I mean, whose spot would the Clippers take? Utah? Dallas? Denver? No way. I guess they could steal the Yao-less Rockets' spot, but even that feels like a stretch. 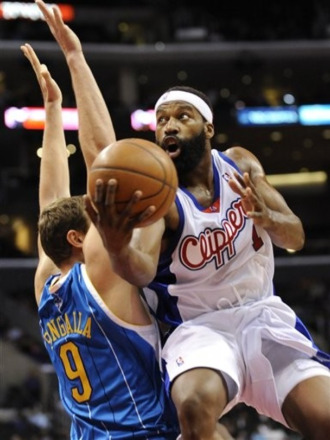 Clippers are not making the playoffs, at least that's what J.E. Skeets of Yahoo! Sports' Ball Don't Lie says.(AP Photo/Gus Ruelas)
What kind of impact will Khole Kardashian have on the Lakers?

I've said this before, but I'll say it again: Stacked team or not, there's no way the Lakers repeat as champions next year with a Kardashian involved. In fact, I wouldn't be surprised if Phil Jackson demands his power forward to divorce Khloe after, say, a three-game losing streak in mid-March.

What are the chances of us seeing the first Twitter/UStream-related flagrant foul this season?

35%. Though if J.R. Smith hadn't given up his late-night, social media symposiums ...

I saw Ricky Davis lost in a mall here in LA, he was walking in circles and looking at the directory for a few minutes. If you had to guess, what do you think he was looking for?

What are you most looking forward to for this season?

Who will be the biggest surprise team this season?

The Nets. They're not going to be as awful as everyone seems to think.

Will the Lakers repeat? If not, who do you see winning it all?

Not with Khloe messin' up their championship chi, no. Look, the 2009-10 champion is obviously going to be one of the big five — Lakers, Spurs, Magic, Celtics or Cavs. So with a gun to me head I'll say the Magic of Orlando. Dwight Howard doesn't date Kim, does he?