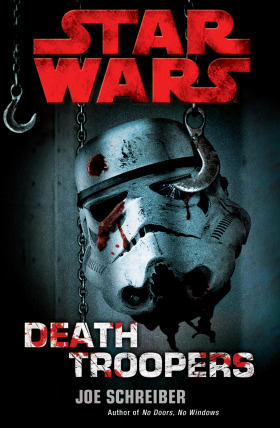 Thanks to celebrated horror novelist Joe Schreiber, the Star Wars universe has gotten a little scarier. For the first time ever, bloodthirsty zombies are invading the galaxy far, far, away in the new novel Star Wars: Death Troopers which hits stores today.

Star Wars: Death Troopers, which is in the time just before Star Wars: Episode IV A New Hope, is set on a prison barge carrying load of prisoners across the galaxy that has broken down in deep space. The warden discovers a seemingly abandoned Star Destroyer and sends boarding party to scavenge parts to repair their prison barge. That plan doesn't end up going so well, as half of the party doesn't return and the nearly all of the ones who do come back are infected with a deadly virus. A handful of survivors fight for their lives as the virus-infected inmates won't stay dead and are very hungry.

Schreiber, the man responsible for this tale of the undead in the Star Wars Universe, is a Michigan resident who has previously lived in Los Angeles among many other locations. The author who currently resides in Hershey, PA with his wife and two children has also written Chasing The Dead, Eat The Dark, and his newest tale of terror; No Doors, No Windows, which also hits stores today.

LAist had the chance to talk to Schreiber, who will be signing copies of both his new books today at Barnes & Noble in Huntington Beach, about bringing zombies to Star Wars, working with Lucas Books and his start in writing horror.

As a huge Star Wars fan, did you ever think one day you'd get an opportunity like this?
Before Del Ray (the publisher) mentioned this project, it never crossed my mind that I would ever have the opportunity to work on a Star Wars project. Once the opportunity came my way though, I was totally campaigning for a chance to take a shot at the book and was psyched when they gave me the green light.

Was it a gutsy move for you to be the first guy to bring horror to the Star Wars universe?
I had such a good experience working with Lucas Books from the very beginning. When they first described it to me, they said we want a George Romero story in a George Lucas universe. And I felt like I could totally grab a hold of that.

To me that was a huge show of faith on their part. They were willing to not do something that was a PG-rated, halfhearted thing. They legitimately wanted horror. I knew I could deliver that. They were really good about that from the beginning and it definitely helped me going through the process.

In the acknowledgments of the book, you thank some of the people from Lucas Books for giving you "The keys to the Star Wars Universe.” What did you mean by that?
They really were open to a lot of what I was coming up with in the initial outline. They never were like 'You can’t do this' or 'You can’t do that' during the brainstorming process. They offered me the keys to the kingdom and allowed me to do some of the things that I really wanted to do. It really made for a great experience.

Do you think that a non-Star Wars fan would be able to follow and appreciate this book?
I hope so. I certainly tackled it the way I would have tackled an original novel. I really tried to write the most compelling, page-turning experience that I could. There’s obviously a lot of Star Wars in there but at the same time, I wanted to make it acceptable to a non-Star Wars fan or even just somebody walking through a bookstore who saw the cover of the book and picked it up because they thought it looked interesting.

Let’s face it, publishing really needs all the help it can get as far as increasing awareness to an audience, and getting the word out. If there can be such a thing as an engaging two minute encapsulation of what the book is and it can be done cheaply and made acceptable to the Internet, I think that’s a great shot in the arm as far as opening people’s eyes to what’s out there.

And the trailers for Death Troopers were awesome. I had the best time ever checking out the trailers submitted by the fans.

I’ve seen No Doors, No Windows your other book that comes out today described as a “Book within a book.” Would you say that’s an accurate description of the book?
That’s one way of describing it. A guy comes across this manuscript that his father wrote. It’s a ghost story and as he starts reading it he realizes it’s not finished. He gets in his head that he’s going to finish writing this book. He picks up the story and tries to finish it and in doing so realizes that a lot of what was in his father’s story was actually true. There are chunks of the father's story itself within the book, the manuscript is part of the story.

Writing the book within the book, did you find yourself writing the manuscript not as yourself but as the father character?
That’s a good question. During some of the editing, both of my editors said to me, ‘This isn’t how I pictured this character’s writing.’ So I changed the style up of the writing of the manuscript to reflect the voice of his father telling a ghost story.

When did you know you wanted to write horror? When did you fall in love with the genre?
I never really thought of it as horror genre. I grew up reading Stephen King. Books like The Stand, Kujo and The Shining were really just good books. These were books that I would read and never think I’m a horror reader.

In junior high school, reading Stephen King back then was like reading Harry Potter today. You just read it. Nobody was thinking I’m a horror genre fan. They were just really acceptable and compelling stories that just so happened to have elements of the supernatural in them. When I started writing, I was writing what I liked and those stories had those supernatural elements in them or haunted houses in them. So I guess that’s how I ended up here. 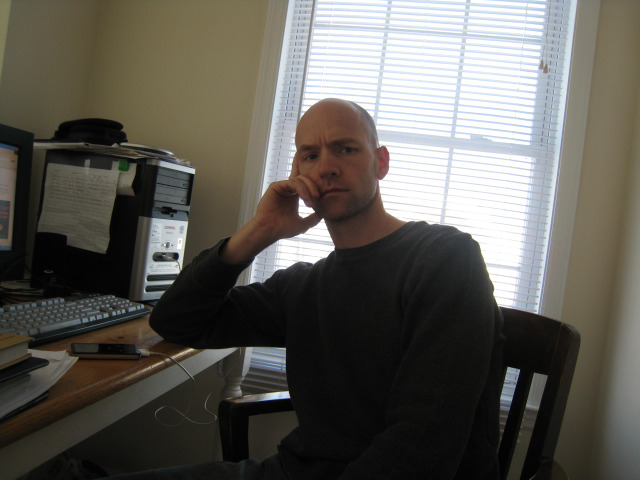