Pencil This In: ArtNight in Pasadena and Sloane's Birthday Bash 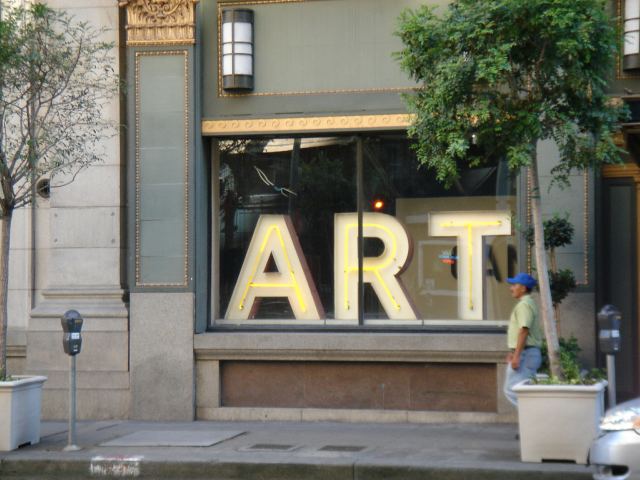 READING
Celebrated novelist and poet Margaret Atwood reads from her new novel, Year of the Flood tonight at 8 pm at UCLA’s Royce Hall. Local actors and the L.A.-based vocal ensemble Sonos will join Atwood in recreating select scenes. The author is known for her best-selling novels The Handmaid's Tale and The Blind Assassin. Tickets: $24-$48.

CAUSE
World traveler, do-gooder and former LAist writer Sloane Berrent and her friend Doug Campbell are celebrating their 30th birthdays in a big way. They’re throwing seven fundraiser parties in seven days in seven cities across America. It ends tonight with a bash at Ecco Hollywood. But they’re jet-setting just for a good cause: raising money for malaria nets for orphanages and refugee camps in Northern Ghana through the Netting Nations nonprofit. They’ve already had parties in New York, Miami, New Orleans, Chicago, Seattle, San Francisco, and collectively, the duo have raised $13, 124. It’s not to late to party tonight—or donate.

BOOKS
Tonight local author Peter Gadol discusses his new novel Silver Lake at Book Soup at 7 pm. Here's what the book's about (from Gadol's website): "Two architects, two men turning forty who have been involved professionally and personally for twenty years, are beginning to see their practice and their marriage falter. One Fall day, a peculiar young man drifts into their storefront office claiming he has car trouble, asking to use the phone. The men get to talking; the young stranger is curious but enchanting, and one of the architects ends up playing tennis with him that afternoon, ultimately inviting him home for dinner. The ensuing evening involves a lot of wine and banter and then increasingly dark conversation, and when the stranger has had too much to drink, the two men insist he sleep in their guest room. During the night, the stranger commits an act of violence which shatters the architects' ordered lives, each man in his own way over the days and months that follow coping with blossoming doubt and corrosive secrets."

READING
Celebrated novelist and poet Margaret Atwood reads from her new novel, Year of the Flood tonight at 8 pm at UCLA’s Royce Hall. Local actors and the L.A.-based vocal ensemble Sonos will join Atwood in recreating select scenes. The author is known for her best-selling novels The Handmaid's Tale and The Blind Assassin. Tickets: $24-$48.

OFF ROAD
Off-road aficionados need to get on the road to the Pomona Fairplex for the Off-Road Expo that starts today and runs through Sunday. The expo features national and local exhibitors and the Fairplex is filled with off-road vehicles, including trucks, UTVs, sand rails, ATVs, side-by-sides, dirt bikes, RVs and Jeeps. In addition, the Off-Road Expo has tons of off-road parts and accessories at show-special pricing. Admission: $12 for adults, $5 for children ages 6-12, and children 5 and under are free. A Family Four Pack is available for $20.

PERFORMANCE
Point Break LIVE!--an absurdist stage adaptation of the 1992 Keanu Reeves/Patrick Swayze extreme-sports action flick--celebrates its second year tonight and tomorrow at 9 pm at the Dragonfly. Each night the starring role of Keanu will be played by a lucky individual selected from the audience. The play will be filmed via the "Keanu Kam" and at the end of the night, the volunteer will receive a VHS tape of his/her performance.