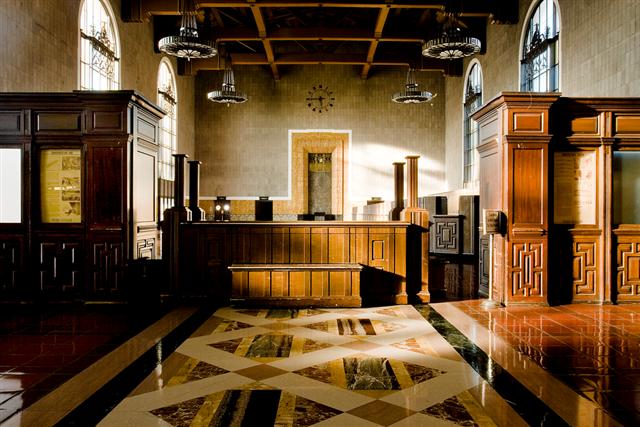 It's finally here! Tomorrow Union Station will be the site of "Jonathan Gold's Union Station Cocktail Party", which makes the name just perfect. The event is a benefit for Zócalo, "a non-profit organization that builds community by broadening access to civic discourse". Here is the third and final interview in our series with Jonathan Gold:

I see Rivera is on the list of participating restaurants. Do you know if they will be offering their infused tequila?
No idea. But chef John Sedlar is the Zen master of tequila, and his bartender Julian Cox is no stranger to the mysteries of the agave. Pretty much anything could happen.

Are there any up and coming food writers or bloggers that have particularly impressed you?
Adam Gollner's kind of great - I recommend his weird, wonderful book ``The Fruit Hunters.'' Sara Roahen, who writes about New Orleans. Ruth Reichl's not exactly up and coming, but she manages to say more with one tweet than most people can manage in 5,000 words. But as far as newish bloggers, I'm really liking Louise Yang, who blogs as Nakedsushi, on Chinese food, and Alice Shin, the Kogi tweet genius, for her manic yet understated voice. Deborah Stoll has been writing awfully well about drinking at Squid Ink, the Weekly food blog.

Whether it be indie bands, family-owned restaurants or politics, you often champion the underdog. What do you see as your Goliath?Goliath was one hell of a fellow, you know. It was all those the Red Bull and vodkas that did him in.

Where do you keep your Pulitzer?
On a dusty windowsill, flanked by two dead piranhas.