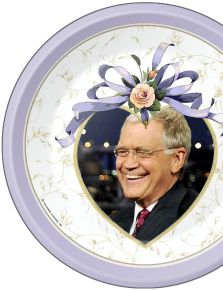 The US loves (watching) Dave - huge ratings for his "apology broadcast" on Monday night
October is Monty Python month over at IFC, check out these items on their schedule:

Monty Python: Almost the Truth (The Lawyer's cut): New Six-Part IFC original docu-series on Python legacy airs October 18-23 @ 9:00pm. We've watched this and it is excellent and should not be missed by anyone who remotely considers themselves to be a Python fan. We will be at the US premiere of the documentary next week and will ask you for your questions for the Monty Python posse.

Monty Python's Classic Films: To air on IFC starting October 18 @ 10:00pm, films include, Monty Python and the Holy Grail, Monty Python's Life of Brian or Monty Python Live at the Hollywood Bowl.
—-
David Letterman's set of apologies on Monday night, combined with appearances by Steve Martin and Martin Short garnered the late night show more market share than any show NBC had in prime time. Even if the public hasn't forgiven Letterman (yet) they like watching whatever he's doing right now.
—-
We listed a few premieres from the Lifetime network yesterday which reminded us that we hadn't heard from the Hallmark Channel anytime recently but what we did hear from Hallmark about was their customized paper plate service which is how we made the lovely paper plate of David Letterman to the right. For Halloween we suggest using the same template but putting Glenn Beck's face in there instead of Dave's.
—-

8:00pm Web Soup G4 - More tidbits from the wacky world of the Internets

9:00pm Dancing With the Stars ABC - One celebrity is eliminated.

10:00pm Sons of Anarchy FX - Charming becomes vulnerable to The League; Tara's efforts to help Gemma do not go unpunished.

10:30pm Ideal IFC - Moz is forced into performing an exorcism

12:35am Late Night With Jimmy Fallon NBC - Comic Lewis Black; They Might Be Giants performs.