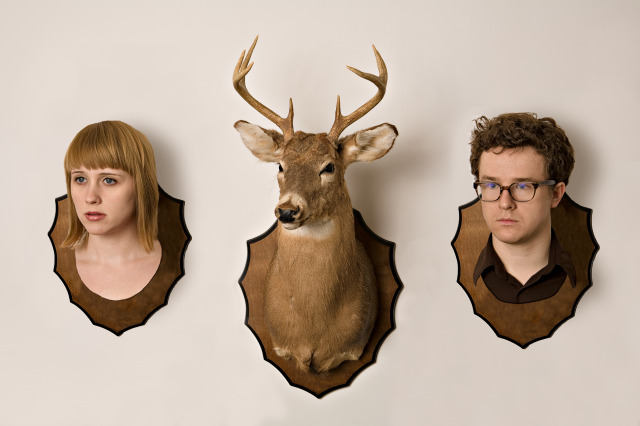 "We were bums without jobs or anything to do, so we decided to form a band." Wye Oak's lead singer, Jenn Wasner giggles. "We really didn't want to do the typical acoustic stripped down duo type of band. It was really important to us that we had a range. Andy pretty much brainstormed his whole set up. I was pretty skeptical that he could pull it off. He wanted to create this whole bass drum thing. He disappeared into his basement for months and finally emerged with this instrument and was like, "Check it out! I can do it." And we had a band." Three years later, these unemployed bums have emerged as one of the most interesting bands out of Baltimore in a long time. Their hypnotizing vocals and hazy shoegaze melodies soon attracted the ears of Merge Records and the band took off.

Their sophomore album, The Knot, was actually Andy Stack's senior thesis at the University of Maryland Baltimore Country where he is a recording major. He and Jenn recorded the whole thing in his grandfather's house and in their living room. We caught up with Jenn last night to talk about their odd recording process and her love affair with her guitar. Here is some of what was said.

How old were you when you first picked up an instrument?
I used to sing with my mom when I was little. Music was a really big part of her life. I was five or six when I started taking classical piano, and then my mom taught me how to play guitar when I was about twelve. That was around the time when I started obsessing over it. I still love piano, but I could never really write that much on piano. I didn't started writing songs until i started playing guitar. 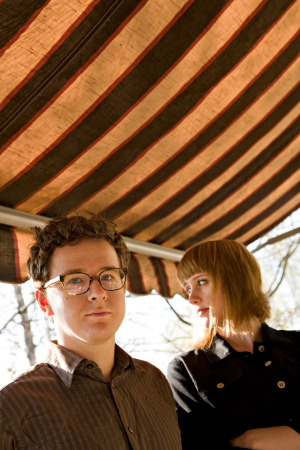 Where did you get the name Wye Oak?
The name comes from one specific tree in Maryland called the Wye Oak. It was the largest and oldest oak tree in the world and Marylands' state tree. I used to go visit it as a kid. It died a few years ago actually. I think it was struck by lightning, so we're carrying on the legacy. We wanted a name that was obscure enough that 99% of the people who don't live in Maryland wouldn't know what it was.

Why is your album titled The Knot?
I like to think it's an ambiguous title. It was meant to signal that it's important that the songs would be considered as a whole. The album should be taken as one piece. A lot of the songs are tied together, even in the order that they're listed, that's important. It's meant to be taken as a complete album. I like the title because when you hear it you don't know if it's the knot or the not, like in the negative sense, or the knot as in the wedding sense. I'm attracted to words and ideas that can be interpreted in many different ways.

Who sings the lovely harmonies on "Tattoo"?
It's me and Andy. We first did that sort of harmony on "I Don't Feel Young" on the first album. It's a two part harmony into another microphone once. And then we sing the same chorus like twenty times until we have a shit ton of tracks and then we layer them.The super high ones are me. It's kind of hilarious. We recorded it in our living room in this house that we share with Andy's brother and his wife. We were singing the same fifteen seconds of the song over and over and over again. Eventually they were like, "What the fuck are you doing?" I bet it was unbelievably irritating. But everything on the album is all just us, except for the violins and the pedal steel.

Did you record all of it in your living room?
We recorded it all ourselves. We laid the basic stuff down at Andy's grandparents house in western Maryland. We set up there and recorded all the big stuff, and then we went home and recorded all of the vocals and all the little stuff. The little stuff was actually agonizing. It took two or three months. Andy mixed it alone. I mean, I tried to help, but unless you're really well trained in the mixing process there's a wall that you hit. After we were done we both never ever wanted to hear it again.

But now you have to play it every night.
Yeah, but it's different. You get to pretend that it's new. It's given new life when you play it live. I try and remember that every night it's new for the audience. It's gotten a lot more fun. The first record, I couldn''t deal with it. When we were touring it was just like, "This is ridiculous. I'm so tired of this." But you've got to make it new and exciting or you die.

What inspired "I Don't Feel Young"? Was it a birthday?
(laughs) No, I wrote that song because I was far and away the youngest of my group of friends in Baltimore. Most of our friends are in their thirties and forties and have kids and things, and so I was the youngest person in the crowd of people that I know. I was worried that people just assumed that I was an idiot because I was so young, but people mature in different ways and different stages. The song is about learning how to not to judge people by their age.

Who is your song "Obituary" for?
That's a very old song. It's about a lot of different people, rather than just one person. But there is one verse specifically about Andy. I wrote that song before we were dating and we were just friends going away to college the first time. That song is really about earning to make hard decisions. I went to college for a semester and then dropped out. I knew that school wasn't the right thing for me to do at the time, but it was not what people expected of me. Everybody said that I should go to school really far away from home and reinvent myself, but I discovered very quickly that that isn't what I wanted. The song is really about dealing with really hard decisions.

What song are you most proud of on this album?
At this point, "Sight, Flight." I have a hard time liking things that I do, but that was the most recent song that I wrote. It was the summation of a year's worth of song and thought and time. I'm really excited about it. I knew it was going to be the last song on the album.

How did you guys get involved with Merge Records?
It was totally luck and chance. Mac wrote about us on a blog and emailed us saying he'd love to get a copy of the album. We sent it to him and a few months went by and then out of the blue he sent us and email saying , "How do we feel about putting it out?" And we shit our pants. He had never seen us play or anything. We've had a wonderful relationship ever since. They are wholly responsible for everything good in my life in my life. Everything that I've ever done, every achievement, and everything that's good in my life is thanks to them. 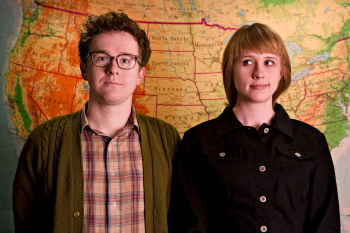 Including Andy?
Oh yeah, it's hard being twenty and in a band. We would have burnt out a long time ago if we hadn't had their support.

What is the weirdest thing you ever saw in the audience?
It really exciting when people are dancing. We aren't really a dancey band, so I just assume that they're doing some good drugs or something. It's also weird when people sing along with my songs. The first time that happened I almost stopped singing. I was so surprised. I completely snapped out of zombie mode.

What's zombie mode?
It's how I look on stage. I watch videos of myself performing even though I hate it, and every time my eyes rolled back in my head, and I'm thrashing about, and stumbling along. I guess I just rock out like this. I look really, really stupid. I hate videos of myself. I always look like a freak. (laughs) But it's my job.

If you could change one thing about the music industry what would it be?
I don't like all of the negativity and the competition. It's funny how many people listen to music, and pose everything in competition between bands. They'll say things like that band is kicking that band's ass. Or one band is better than the other. I don't know if it's an American sentiment or human sentiment. But if you talk to the bands themselves it's such a happy, collaborative type thing. We all love one another and are really supportive. I think everyone wants everyone to succeed. Pitting bands against each other is so shortsighted. I think everyone should be supportive of people who are trying to make art. That deserves respect.

Who's local band?
Well there big ones like Ponytail and Celebration and fishtail. under the radar local band I should really ponder this I really love Arboretum. They're favorite right now. It's fucking phenomenal.

If you could sing with anyone in the world who would it be?
Patsy Cline. She's one of my favorite singers of all time.

What would you sing?
I'd sing something of hers. Maybe "I Fall To Pieces." I love her voice. Her voice is stunning. I tried to model my voice after hers and failed miserably. She's the shit.

If you were stuck on a deserted island and you could bring three worldly possessions what would they be?
My guitar. I know it's cliche but I love it. I would go crazy without it. And I'm not going to lie, I'll probably bring some weed, why not? Let's be honest if it actually happened I would probably just kill myself. But in fantasyland I'll bring one friend and a whole lot of drugs. Enough of those drugs to put me out of my misery.

Sounds like a plan. Well, thank you for talking with us.
Thank you!

Be sure to catch Wye Oak at the El Rey with Blitzen Trapper on Monday night. Doors are at 8pm. Tickets are $17.

Curious about Blitzen Trapper? Check out their LAist Interview.