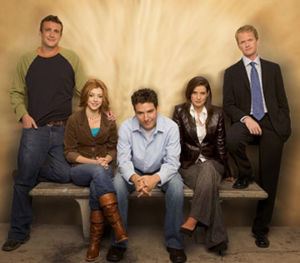 The season premiere of "How I Met Your Mother" is at 8pm on CBS
Even though we've already had a couple dozen season premieres over the last two weeks, traditionally the "Fall season" doesn't begin until the week after the Emmys making tonight the launch pad for at least nine shows.
—-
"Heroes" fans, former or otherwise, are you looking forward to tonight's premiere? Anyone out there with a Sprint contract to look at the "exclusive" content? Enlighten us.
—-
Last night's Emmys had the highest viewership in three years but still lost out to football.
—-
Tonight President Barack Obama is on "The Late Show With David Letterman" because Letterman must be a card-carrying member of the Communist party.

The TV Junkie Plan: "How I Met Your Mother", "Machines of Malice", Letterman, Fallon.

8:00pm How I Met Your Mother CBS - Season Premiere

8:00pm Top Gear BBC America - Jeremy tests to see if he can drive faster in real life or on a computer game; the effect of sub-zero temperatures on a car and Richard; David Walliams guests.

9:00pm Two and a Half Men CBS - Season Premiere

10:00pm Machines of Malice Discovery - Medieval death machines such as the Disembowelment Crank, the Aragon Wheel of Death and the Scavenger's Daughter