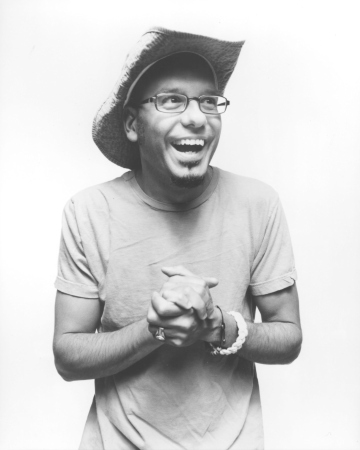 David Cross will be signing copies of his new book, I Drink for a Reason tonight at Book Soup | Photo by Marina Chavez
Today's subject is David Cross.

David Cross has made audiences laugh their asses of on stage with his brilliant and vicious style of stand-up, on television in his incredibly funny work on "Arrested Development" as never nude analrapist Tobias Funke and as one-half of the team that gave us the hilarious HBO sketch comedy show "Mr. Show with Bob and David," on CD with is Grammy nominated Shut Up You Fucking Baby! and on the big screen. Now, David brings his brand of humor to the written form with his first book, I Drink for a Reason.

In the cleverly crafted book, which David will be signing tonight at Book Soup at 9:30, the comedian/actor tackles everything from religion to breaking up to scrapbooking to Jim Belushi. The book also includes three pages devoted to a review of a Cross gig found on our sister site, SFist.

David, who will also be performing at the Wiltern on Monday took some time to talk to LAist about the book, his writing process, the tour, Glenn Beck and his time living in a UCLA frat house. Of course, we also had to ask him about SFist. 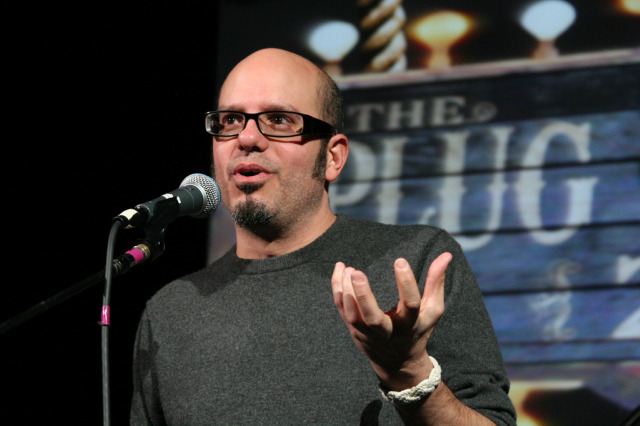 1) In the preface of your book you say "I love to write. And, at the very same time, I hate to write." What do you hate most about writing?
The responsibility aspect of it. The sitting down and making myself write. For better or worse, my writing style in stand-up is to kind of write on stage. I'll think of an idea, write it down. Then I'll riff on stage until I hone it. When you're writing this kind of stuff; prose or essays or whatever, you don't have the benefit of performance, accents or cadence. So it's a different approach, and an approach that I'm learning as I go along.

2) The book is a mixture of long essays with lists like, the chapter "Ideas for T-Shirts to be Sold at Urban Outfitters" thrown in between. What did you have in mind as far as the general outline for the book?
I knew I wanted to do a bunch of different stuff. I knew I didn't want it to be a memoir or an anecdotal thing. I didn't have any idea for a real schematic thing, but there are things that are referenced in other pieces. If you read the book in order, you'll see that some of the things in early pieces pop up in the later pieces. Outside of that, the only thing that I was really concerned about was, and not just my editor actually, lumping all of the religious stuff together. I'd say, just like my act, at least 25% of the book touches on religion or God or those ideas or themes. I tried not to make it too heavy-handed. 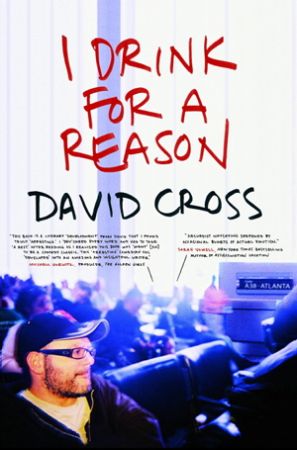 3) What do you think of the response to the book so far?
I know that people who have talked to me in person, at book signings, gigs or whatever have said they liked it.

I know there are two reviewers who said they didn't. Well, one review was not that great the other was kind of mixed, I'd say. It was the AP review which gets put everywhere. They didn't hate it but they thought that it seemed thrown together. I don't know, in a sense that's true.

It is a bunch of different, very different types of comedy but I did that intentionally. I don't know what to say that I guess. They haven't been terrible reviews but the two not good ones that I've seen felt like the book was lacking overall.

Outside of those it's been pretty good. It's been pretty well received. Certainly the people who've read it, have liked it. I'm certainly happy with how many we've sold and the interest that people have had in it. So that's been great.

For the most part, the tour is selling really well and people are psyched for me to come to wherever I'm going. So yeah, all in all, it's pretty positive. I've never done anything that didn't have some negative reaction to it. It's kind of par for the course.

When I bought it, the guy at Borders couldn't stop telling me how much he loved it.
Good. Good. Yeah like regular old folks who want some chuckles and some thought will like it. I think if you're looking for genius, you're not going get it. I can tell you that right now. I'm not Mark Twain or Voltaire, never will be. I think for my point of view, my language, my style, I think you'll enjoy it. Although now I just remembered, in the review that was pretty mixed, they said that the comedy doesn't translate to the page. I don't know if it's just that benefit of knowing my own voice, but I disagree with that. But if that's their take then that's their take. I'm glad that people are enjoying it.

4) Our sister site, SFist is featured in the book. Why did you decide to reprint the review from SFist along with your comment that followed?
When I was putting the book together; oh and I will say this though, one negative thing about the book - Whoever proofread it didn't do the best job. I've done some readings and I'll be reading along and I'll see something that isn't the best and will have to switch it up as I go along. Obviously I have as much responsibility as anybody but I sort of send it in that way thinking, 'There's some guy who gets fucking 20 bucks an hour just to do this, he'll clean it up.' But I don't think that happened.

Anyway, the SFist thing just sort of felt like it made sense in that piece that my kind of stream of consciousness lent itself to putting that in there. Basically, it serves as an example.

That's certainly not the only exchange I've ever had. That's literally one of maybe hundreds of experiences where I said something on stage and people don't hear the joke in it. They just hear the word "retarded" or "Jew" or "gay" or whatever and they shut down and they don't hear the joke. And then of course that taints the rest of the set and the memory of that set.

I use it as an example of how once you start heading down that path it's almost irreversible, you know. It certainly happens a lot. I don't have a problem with people going, 'hey that joke's not funny.'

Here's the problem with the Internet though, a theory is posited and it's based on a false assumption and then that assumption isn't ever questioned and then that just becomes the reality. So within four exchanges, there's a new reality. In this case, I bombed last night and I was making fun of Mormons and I didn't tell any jokes and people start commenting, 'That's why he sucks.'

That's dangerous, not dangerous in the sense that the world is going to blow up but it's really not responsible. It's kind of thoughtless.

So I just use that as an example and a pretty good example of the inherent dangers in that kind of thing. You have a responsibility if you're going to blog about stuff. And guess what, you can do that and I'm absolutely in my right to respond to it. And then should I get an offer from a publishing company to print a book, I can put that response in my book, I have every right to do that. And if you don't like it; you can skip ahead, it's only three pages.

It's just irresponsible and I'm not losing sleep over it but since I had that I thought I'd include it in the book because I thought it was pretty good example of what I was just talking about.

I was stressing a little bit before I did shows at Bumbershoot to get ready, but now I feel very confident now. I'm doing things in the theater that I can't necessarily do in a music club where the energy is completely different. There's more milling about and people standing, it's just different. With the theater, it's about having all of the focus on you all the time.

I'll say this, I will be showing about seven minutes of the pilot I shot for the UK. It could potentially never play here, so I got permission to show some of it here. Not a ton of it but It will be shown either pre or post show. I'm so psyched about that show.

6) You have a chapter in the book about Bill O'Reilly and you're friends with Keith Olbermann, what are feelings on cable news? Would you ever go on Glenn Beck's show?
I would go on Glenn Beck for the story of it. He's a clown. He's not a reporter he's just kind of a loud mouth fearmonger. He's silly. Reasonable people don't take him seriously but there's lots of unreasonable people in America that deserve to be entertained as well.

There's very little on cable news I respect. Just watching the way they treat these tea party people with a sense of respect that they don't deserve because they're afraid of losing that audience is depressing. I think every time that they talk about, and I mean this is network news or cable news I don't care who it is, whenever they mention FreedomWorks, the anti-public option healthcare folks which is funded by and run by Dick Armey the old Republican from Texas who's deep in the pockets of the health insurance industry, and every time they don't mention that connection it's tantamount to lying.

7) Lastly, I read that when you first moved to LA you were living in a UCLA frat house. The way you described it in the interview I read just sounded like the worst possible living conditions.
Oh no, what preceded that was actually the worst possible living conditions which was a car. I think we lived in a car for 10 days. John Ennis from Mr. Show and I were out there living in a car because of some circumstances that came up the place we thought we were going to be staying in was no longer available.

It was Barry Sobel's place, where you were supposed to stay, right?
Yeah! You're good.

So what was it about LA that made you want to tough it out through such awful conditions?
It was actually a girl. I mean I wanted to go to LA because I'd never been and had never been to the West Coast. At that point, I had only been on the East Coast, Atlanta and Boston and wanted to go to LA. I had no future options or anything tying me to Boston and I had no money no nothing and some buddies were going out there so I went. There was this girl who told me she was going to come out and set me up with a job. She never came out to LA.

I spent a decade just lost. Enjoying myself and experiencing lots of cool things but just lost. Part of that time was spent in LA.

Meet David Cross tonight at Book Soup at 9:30, where he'll be signing copies of his book, I Drink for a Reason and catch him on stage at the Wiltern on Monday.