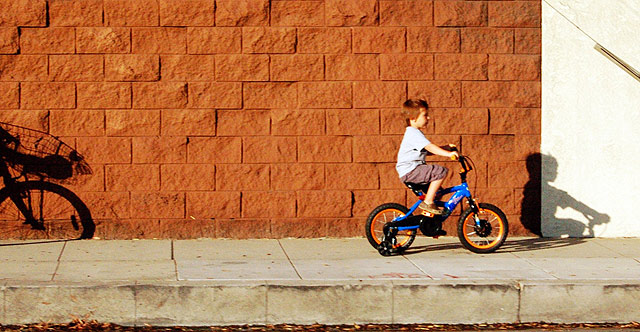 Next week, the first ever Los Angeles Bicycle and Pedestrian Count will take place all over the city in the hopes of gaining a better sense of the number of bike-riders and pedestrians who use the streets. With a better sense of who is out there on foot and two wheels, the city can take those numbers into account when planning for the future, explains the Los Angeles County Bicycle Coalition (LACBC), who are running the count:

Bicycle counts empower volunteers to count the number of cyclists and pedestrians at key intersections throughout the city to track year-to-year changes in cycling and walking as policy and urban infrastructure change. Gathering this vital data, LACBC encourages policy-makers to include bicycling and walking considerations into all urban planning and design.

The LA Count is modeled on one that takes place in New York City, where "annual citywide bike counts provide the biggest proof [the City's] investment in more bike lanes is bearing fruit," according to Wiley Norvell, Communications Director of Transportation Alternatives. Counts showing increase in bicycle traffic help "validate" urban bike programs, and provide the "accurate and consistent demand and usage figures" needed to "measure the positive benefits of investments in" pedestrian and bicycle transit.