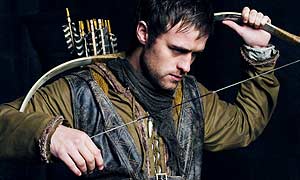 In late night TV news, Craig Ferguson is close to a deal that will keep him at the "Late, Late Show" through 2012. Ferguson is the very funny glue that keeps the red-headed stepchild of late night together. We haven't asked in a while: What is your favorite late night TV?
—-
This Sunday we will be at the MTV Video Music Awards, keep checking this space and the LAist Twitter stream. Russell Brand will be hosting, Jay Z, will be there, Eminem will come out of retirement, and the show will open with a huge tribute to Michael Jackson which will hopefully not be billed to the City of Los Angeles.

10:00pm Psych USA - After a police bar is shot up in an apparent robbery, Shawn realizes the shooter was targeting one of the cops.

7:00pm The Three Faces of Eve TCM - (1957) A psychiatrist attempts to help a troubled housewife with three distinct personalities. Joanne Woodward won an Oscar as the lead.

10:00pm Hung HBO - Tanya battles Lenore for control of Ray; Ray worries about his future; Ronnie flirts with an old flame at work

10:30pm Entourage HBO - The guys increase their security after a break-in; Adam Davies offers Lloyd a job as an agent