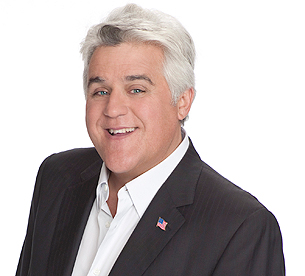 Did anyone watch the "Fringe" re-run on FOX last night? What did you think of the network running (censored/screened) live Tweets during the broadcast? Was it interesting/compelling or tacked-on/wanna-be Web 3.0?
—-
Looks like we're not the only ones PO'd with the new Jay Leno show. Eliminating five hours a week of (potentially) scripted programming never seemed like a good idea to us because within that five hours, an actual good show might have surfaced. It turns out most of Hollywood is hoping Leno flops because eliminating scripted shows means a lot of script-writers, grips, actors, directors, PR people, etc. will not be working. One of the up-and-coming premium or cable networks (Starz, USA, etc.) should have been the destination for Leno, not the majors.
—-
Today the Wall Street Journal took a look at the new Fall TV offerings without casting much of a critical eye but it did remind us of a few shows to avoid.
—-
It's Labor Day weekend folks and even the TV seems to be taking a break (there's virtually nothing on Saturday). We're going to give the eyeballs a break as the new Fall season is right around the corner.

All Day Dirty Jobs Marathon Discovery - Get it? Jobs, Labor....