TV Junkie: No Oly Network; Can You Feel It Burning In You? 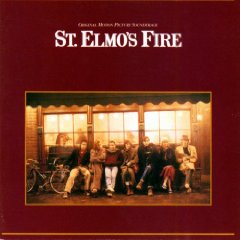 Is this for real?
Remember the hubbub over the US Olympic Committee's plan to launch their own TV network? Other than the several questions of legality (what about NBC's rights? what about the International Olympic Committee's rights?) there was also the question of just what they would actually show? Now they don't have to answer any questions because they are punting.
—-
Who thinks this is a good idea: a dramedy series based on the movie "St. Elmo's Fire"? Topher Grace will be one of the producers.

8:00pm Top Gear BBC America - Jeremy, Richard and James head for the Isle of Man; the Ascari KZ1 takes to the track; Trevor Eve is the star in a reasonably priced car.

8:45pm Beat the Devil TCM - (1954) International swindlers are diverted from their sinister dealings when an explosion wrecks the ship they are aboard. With Humphrey Bogart, Jennifer Jones, Gina Lollobrigida, and Peter Lorre

9:00pm The Closer TNT - A shooting leaves one dead and one person critically injured; Brenda and Fritz fight over how to handle Charlie

10:00pm Weeds Showtime - Nancy and Esteban deal with a visit from his daughter, Celia explores her sexuality, Andy spends a day in bed with Audra (this seems a little soap opera-esque)

10:30pm Nurse Jackie Showtime - Eddie is replaced by a machine; Zoey administers the wrong dose of a painkiller