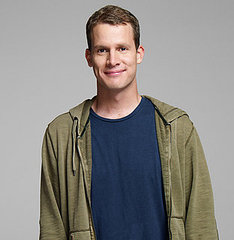 "Tosh.0" season finale on Comedy Central @ 10pm
Tonight is the season finale of "Tosh.0", speaking of which Comedy Central has ordered 6 more episodes of the program - the new ones will start running this October. In terms of shows that feature/spoof web shenanigans, which do you prefer: Comedy Central's "Tosh.0" or G4's "Web Soup"?
—-
Hey "Family Guy" fans, last night the cast performed an episode that will never be aired because the subject was abortion. FOX said it wouldn't air the piece so the cast performed it live in a theater in Hollywood.
—-
The TV Junkie Plan: "Daniel Tosh: Completely Serious", "Tosh.0", Conan, Fallon.

10:00pm The Real Housewives of Atlanta Bravo - A reconciliation between Sheree, NeNe and Kim does not go as planned;