Seven Questions with Kenan Bell, Teacher by Day/Rapper by Night 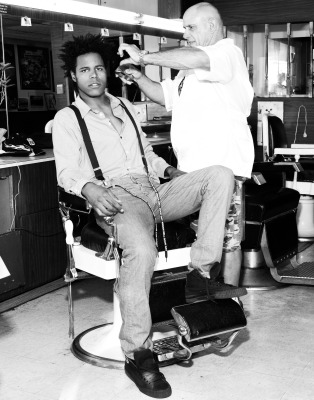 Kenan Bell, known as Mr. Bell to his students, performs tonight at the Key Club opening for De La Soul.
LA has a diverse cast of characters. Whether it's the characters with stirring stories or interesting occupations or the people who are just simply characters, this town has them all. In an effort to get to know some of those characters a little better, we've created "Seven Questions with..." If you have a suggestion for a future Seven Questions subject send us an email.

When Kenan Bell isn't in the classroom of a local Montessori school teaching youngsters language arts, he's on stage schooling crowds with his own unique brand of hip-hop that blends indie-rock with electronica, a style URB called "his very own genre of nu-gaze, emo-hip-hop." In March, the La Crescenta native put on full display his eclectic musical taste and range when he dropped the “Good News: The Mix-Tape,” which features remixes of songs by artists as wide-ranging as Pink Floyd, Lily Allen, Gang Gang Dance, Jose Gonzalez, Peter, Bjorn & John, Duran Duran, and Neil Diamond. Yes, you read that right, Neil Diamond.

LAist was lucky enough to exchange emails with Bell who has been out on the road touring with hip-hop legends, De La Soul. Tonight the tour rolls into West Hollywood, where you'll find the 6'5 frame of Bell, who prides himself on his live shows backed by a full indie band, rocking the Key Club stage.

1) What was your reaction when you first learned of the opportunity to go on the road with De La Soul? How big of a De La Soul fan are you?
“WORD?!? DE LA??? ARE YOU FOR SERIOUS?” That was the gist of it. Initially I was in disbelief because we had asked the agents to get us something credible and they came through incredibly.

I consider myself a hip hop fundamentalist and De La not only embodies the ideals and principals that this art was founded upon, but they continue to represent the beauty and aesthetic of the culture today.

2) You have a wide range of musical influences, you have rapped over The Smiths, Pink Floyd and Neil Diamond. I have read you credit growing up in the LA area for this. Please explain how LA has impacted your taste in music?
Los Angeles is a place where worlds collide and cultures intersect. Whether it’s the accordion player from a mariachi band practicing his parts on the streets of East LA, or a low rider cruising the avenues broadcasting the newest gangsta rap record, I have had the privilege of being exposed to a variety of the city’s influences.

Residing in such a diverse melting pot has afforded me the ability to be in Arabic households simmering during celebration and develop an appreciation for the rhythm and melody of their musics, as well as understanding its place in tradition. Having Japanese and East Indian roommates that invite me into their family’s home for dinner, and being able to observe how the music provides a soundtrack that compliments the flavors of the respective cuisine only broadens my perspective and desire to seek further inspiration outside of the obvious. I hear everything around me and am extremely receptive to my surroundings, so essentially my music reflects those stimuli, whatever they may be at that given time. 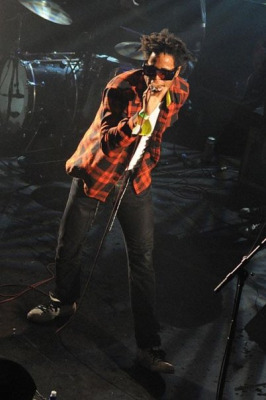 La Crescenta native Kenan Bell performs tonight at the Key Club as the opening act for De La Soul
3) You're a teacher at a Montessori school in Los Angeles, how much do the students know about your music career? How much does your teaching career affect your music, which is both optimistic and swear-free?

My students know too much! Being a language arts teacher, words are of the utmost importance. I have them reading the fine print in recording contracts and looking over my shoulder as I answer these questions at my desk.

They track my progress and ask me daily when my new material will become available. The kids purchase iTunes singles and leave comments on my You Tube videos. They go so far as to even debate my talents on message boards and discuss what they will do if and when Mr. Bell becomes too famous to help them with their homework.

There is a question box in my classroom and when I’m away on tour, the students will leave their most curious concerns and ask me things like “is there water in between the continents?...like the United States in on the opposite side of the planet as China, so is there water in the earth separating them???” The absorbent mentality of the children affects my music tremendously as it does provide me with a particular outlook that I value and need to be creative.

I intend on the music being appropriate for all listening audiences though the topics I address are of a mature nature in the sense that I deal with real human emotion and self reflection as well as the reality that even as adults we make mistakes and need to continue the process of learning in order to have ultimate understanding. My personality is one that allows me to remain child like or young at heart which in turn creates optimism in the future and I avoid being explicit during my daily life and believe there isn’t a place for profanity in my music or in my lifestyle because I have something to say.

I do it for the kids! Our future is in their hands so I want them to be capable of doing other things besides cursing their moms out or abusing drugs.

4) You call Nas your favorite rapper of all time. I agree. What do you love about him? What have you taken from him for your own music? If you were to see him eating in The Griddle as I did a few months ago, would you approach him and tell him he's your favorite rapper of all time or just let him enjoy his breakfast?
Nasty Nas is the best. Who drops more knowledge?!? He’s the modern day KRS. His delivery, his cadence, his intellect, his perspective, and his willingness to be real separates him from other artists.

The dude released 1 of the greatest albums of all time as a teenage urban poet. Honest reflection is probably what I’ve inherited from Nas’ example, but it’s the articulation of these observations that is truly motivational. As an artist, I have respect for his contributions to the field and I couldn’t thank him enough for his dedication to the craft. As a human, I understand the important of privacy and I would enjoy the space between us and just observe him in his natural habitat and take thorough notes.

5) For your live shows you are backed by a live band. How important is it to you to have live instrumentation at your shows? Do you think that more hip-hop acts should do the same to bring a similar energy to their shows?
We record and produce the music with the intention of presenting it live via live band so the parts are written to be performed live and recorded with live instrumentation. It is imperative for me as a performer to feel the sound foundation provided by a full band.

I have only done maybe 60 shows in my career and the support that a backing band is essential in me feeling and exuding confidence. Most hip hop shows that lack instrumentation are uninspired and somewhat boring, but the problem lies in the hands of the MC not in the music.

A charismatic performer doesn’t necessarily need a band, and I feel I have made tremendous growth because of having that security on stage; the audience does appreciate the visual stimulation. And Milk, 1/3 of my writing team and keyboard player, is a spectacle in his own right and deserves a daytime soap focusing on his life.

6) How much has the decline of record sales industry-wide impacted your approach and strategy to being an artist?
I’m not even concerned with selling records. That isn’t the true definition of an artist. I make art because I wanna see if the images and sounds in my mind can be replicated in the physical form and, more importantly, share those views with the world.

The decline in record sales has only increased the artists’ ability to reach their audience and establish a stronger presence in other markets. Music is one piece of the puzzle like Monday is one day in the week. I intend on continuing to pursue my art in differing mediums as I grow in age, skills, and understanding. My only strategy in recording music is not to over think it and put it out as soon as possible because the inspiration is immediate and subject matter usually is time sensitive.

7) What are your thoughts on the Los Angeles hip-hop scene? Are there any current or upcoming artists from the area that you look forward to collaborating with?
I love LA and I love Hip Hop. I would love to revive the Renaissance of the early to mid 90’s when acts like Pharcyde and Freestyle Fellowship and Jurassic 5 were all the rage and Ahmad and Skee-lo were on the radio every hour.

The Good Life Crew including LA Symphony and Murs and the Living Legends are all artists that shaped my approach to the music and life in general. The Game revamped LA’s gangsta rap image well and I think the brother is talented though we will never return to the days of NWA and jherri curls.

There are a good amount of rappers attempting to put Cali back on the map in the rap but we never left. I’ve heard nothing but good things about Blu & Exile and Tyga is kinda dope. I can appreciate what the New Boyz are doing for inner city kids who want a positive outlet and have found it in being “a jerk”.

There is a whole scene bubbling out here centered around rap fans who have not heard their experience yet represented on wax, so I imagine that we will continue to see new artists from the West Coast pushing boundaries.