Meet Kip Berman: Lead Singer of The Pains of Being Pure at Heart 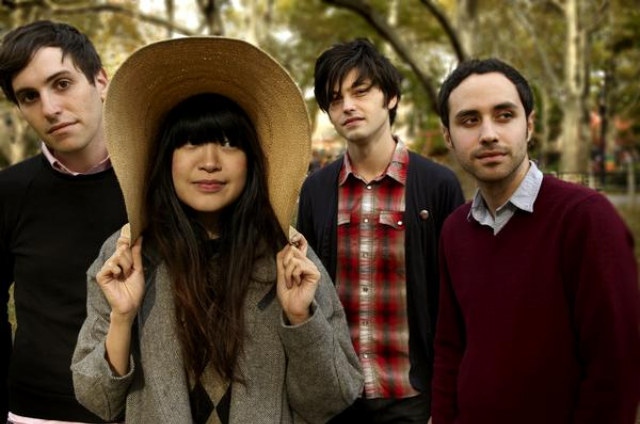 Don't judge a pop band by it's cover. Yes okay, The Pains of Being Pure at Heart, is a heartbreakingly silly name for a band (I mean I don't think they'll be tattooed on anybody's chest anytime soon) but man they've got a sparkly debut disk. Chock full of 80s inspired pop, the kind that would fit in the background of any John Hughes movie, the self-titled offering has already have generated some most impressive buzz. Lead singer, Kip Berman was kind enough to answer our questions while he was running around Pitchfork Festival this weekend. Here is some of what was said.

The Pains of Being Pure At Heart - "Everything With You"

How old were you when you first picked up an instrument?
Kip: I played the violin growing up, probably since I was five or six, but it wasn't until I was thirteen that my mom got me an electric guitar. She got it for me because I was really into Nirvana. 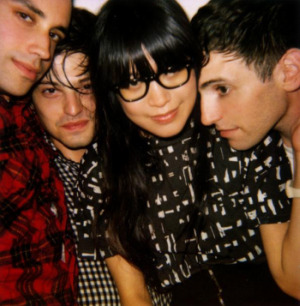 Is your band a democracy or a dictatorship?
It's mostly democratic, I think.

What song are you most proud of on this album?
Kip: I like "Everything With You."

What is the weirdest thing you ever saw in the audience?
Kip: We saw a lot of crowd surfing at our Manchester show. That was odd.

Would you rather be burned alive or frozen to death?
Kip: Can I opt for an occasional sunburn and/or goose bumps?

Do you have any musical guilty pleasures?
Kip: I don't believe in "guilty" pleasures. If something makes you happy, then you should feel okay with that. I love Smashing Pumpkins songs, like "Cherub Rock," "Rocket" and "Today." think I'd never get tired of hearing those songs if they came on the radio.

What is the worst thing about touring?
Kip: There's nothing is bad about touring. Getting to travel with your friends, having fun and playing music everyday are the best things ever.

Do you have a favorite thing to do in LA when you're here?
Kip: I've only been here one day before, but getting burritos and/or tacos would be very high on my list. We also saw a guy riding a bicycle by the airport that looked like Axl Rose who yelled "Deal with it!" at our van. That was pretty cool.

Which do you prefer playing live or recording?
Kip: I really like both-- we don't have a lot of experience recording, so I'm looking forward to trying out new stuff next time we go into the studio. But playing live never ever gets old-- I feel we could play a show every day for a year, and it would still be fun.

Do you have a favorite local band at the moment?
Kip: Zaza!

Would you rather be a vampire or a werewolf?
Kip: As long as I'm not a zombie, I'd be cool with either.

If you could have a conversation with anyone dead or alive what would it
be?
Kip: I'd like to talk to Joey Ramone. I don't really have any questions for him, but I just think he's a really cool, nice guy and I'd just like to let him know that.

Be sure to check out The Pains of Being Pure at Heart tonight at the Echo with Girls and Champagne Socialists. Doors open at 8:30. Tickets are $14.