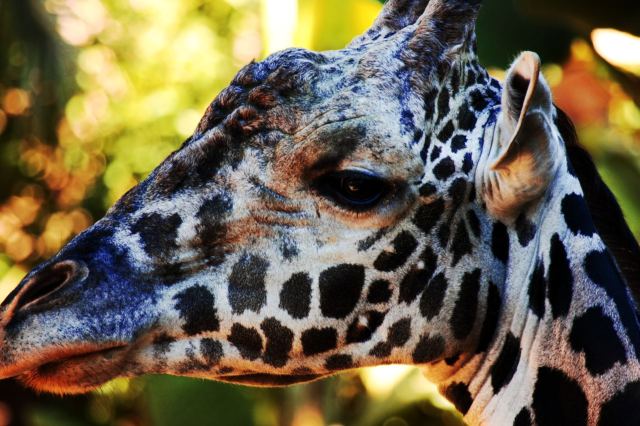 Check out the animals after hours tonight at the LA Zoo. / Photo by Eye of Brad via LAist's flickr pool.

Okay, so these picks aren't related to Bastille Day...but if you must celebrate the storming of the Bastille, then we suggest grabbing a baguette and some fromage, and heading over to one of these events tonight:

SEX AND COMMUNITY LECTURE
Stuart Comer, Curator of Film, Tate Modern, guest curates “The Young and Evil” program at LACMA tonight at 7 pm. The program examines the shifting relationships of sex and community in the digital age and features works by filmmakers such as Kenneth Anger, Anna Halprin, Curt McDowell and Barbara Rubin. After the screening, there will be an onstage conversation between Comer and artist William E. Jones. Tickets: $7 general admission, $5 members, seniors 62+ and students with ID.

48-HOUR FILM FEST
Filmmakers took part in the 48 Hour Film Project this past weekend, where teams created an entire film - from writing and casting to shooting and editing - in two days. Now it’s time to see the fruit of their labor. The films will be screened for the public at The Regency Fairfax Theatre today through Thursday from 7-9:30 pm. Winners from each group will then move on to compete with other cities’ 48 Hour Film Project winners at Filmapalooza.

PERFORMANCE
"As You Like It" opens tonight at 8 pm at The Cathedral of Our Lady of the Angels Plaza as part of Shakespeare Festival/LA's 24th Annual Summer Festival. The Aquila Theatre puts on one of Shakespeare’s better known comedies through July 19. Admission is free, but guests are invited to participate the Food for Thought program by bringing a non-perishable food item for donation.

LECTURE
As part of the “Beach=Culture” series, architect Frederick Fisher will discuss the importance of adaptive reuse to his past projects, the current success of the Annenberg Community Beach House and ideas for future sustainable projects in "Rehab, Recycle, Renew." There are docent tours of the Beach House available before the lecture from 5:15-6:15 pm. The event is free, but reservations are required since seating is limited.