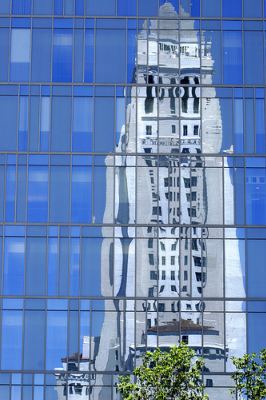 J.A.M. SESSION
There’s a free “Indie Inspriation” J.A.M. Session at the Ford Amphitheater tonight at 7 pm, where singers, songwriters and industry execs exchange tips on the business. There will be a group jam session at the end where everyone plays a popular song, so bring your instrument. Reserve a spot by calling the Ford Box Offices at 323.461.3673.

PERFORMANCE*
The Sacred Fools Theatre Company hosts “Ten Tops! An Eclectic Open Performance Event” tonight at 8 pm. Ten performers get seven minutes apiece to do anything they want—from “sketch comedy to dramatic readings, rock & roll to interpretive dance, spoken word poetry to apocryphal mime-ery.” If you’re interested in testing out your own new material there will be signups at 7:30 pm. Tickets are $10.

SOCIAL MEDIA DISCUSSION
Social Media Club Los Angeles (SMCLA) hosts a panel discussion on Citizen Journalism tonight at 7 pm at the Mahalo Office in Santa Monica. Speakers include LA Times' David Sarno; Christina Gagnier, partner of Gagnier/Margossian and Realpolitech; and LAist's own Andy Sternberg. The event, moderated by Alexia Tsotsis (the LA Weekly's Lifestyle & Technology), will allow the panelists to discuss how they believe social media has changed the way report and consume news. The event is free to students and SMCLA members, but $10 for nonmembers.

HARRY POTTER TALK
David Heyman, producer of Harry Potter and the Half-Blooded Prince, discusses making the movie with LA Times entertainment writer and Hero Complex blogger Goeff Boucher. In addition to producing all of the film adaptations of J.K. Rowling’s books, he has also produced I Am Legend and Yes Man. The free discussion begins at 7 pm tonight at the Apple Store on the Third Street Promenade in Santa Monica.

WILLY WONKA IN THE OC
Tonight at dusk, KCRW’s Matt Holzman will host the kick-off to “Free For All Movie Mondays,” a series of free outdoor summer screenings of classic films in the plaza of the Orange County Performing Arts Center in Costa Mesa. Bring a blanket, a picnic basket and the family for the screening of Willy Wonka and the Chocolate Factory.