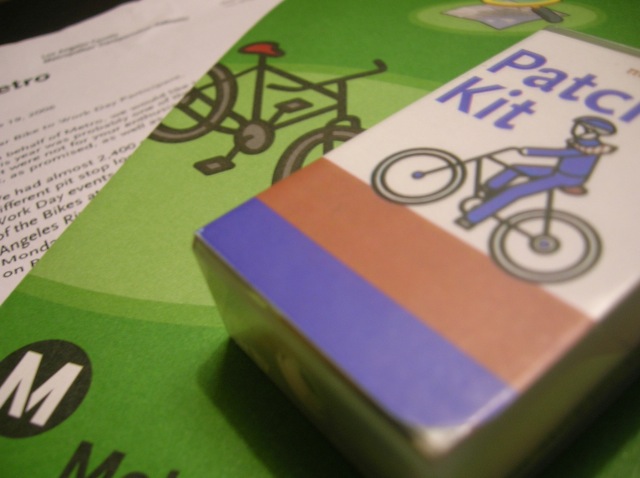 At yesterday’s Metro meeting, officials said they may do with the current rush-hour bike-on-rail ban to accommodate the system’s growing cyclist ridership, but they’re also considering implementing a two-bike-per-car rule. During their 6 p.m. meeting, which was considerably quieter than their earlier one at noon, officials said they also want to improve signage that directs cyclists and clearly state the rules (no blocking doors or walkways).

In the agency’s proposal, presented by Metro Administration and Financial Services Manager and fellow cyclist Hector Rodriguez, the expected cost to “develop additional signage to direct bicycles to designated locations” will be about $25,000, and it will also run the agency $20,000 per rail vehicle to put up heavy-duty colored wall coverings and decals (similar to the ones they currently have posted on railcars) that outline bike and safety rules.
They’re also proposing to paint lines indicating where bikes are allowed, along with 18” high poles at platforms so riders know exactly where to board the cars.

The current Metro policy bans bikes from 6:30 a.m. to 8:30 a.m., and 4:30 p.m. to 6:30 p.m., and also does not allow bicycles on lines running between Wilshire/Vermont and Union Station, but in their proposal yesterday, Metro says even they are no longer able to keep track of who’s following the rules because of the rail system’s growth.

One cyclist who attended the evening meeting said “convenience is a big factor” in whether or not he’ll use the rail service.

Metro officials said they are encouraging cyclists to attend their July 16 meeting next week, when the discussion on their bike-on-rail policy continues.