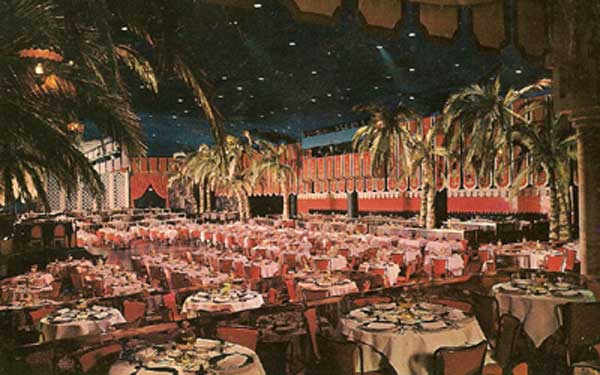 The Cocoanut Grove, a supper club where the rich and famous dined and danced, opened 3 months after the Ambassador Hotel, in April 1921. It was designed in Moorish style. The palm trees that decorated the room were rumored to have come from the Rudolph Valentino film, The Sheik and they had stuffed monkeys hanging from them. The ceiling was painted midnight blue and sparkling stars were strewn across its firmament.

Joan Crawford won over a hundred dancing contests under those stars. It's said that she was discovered there, while on the dance floor, as was Carole Lombard and Loretta Young. It was a regular hang out of the Rat Pack in the fifties. In remembrance, Sammy Davis Jr. recorded a live album there. He wasn't the only one. When Judy Garland staged her comeback there, her live album featured the last night of her appearance. Bing Crosby began his career crooning to the dancers.

The first Academy Awards where they gave the famous "Oscar" statue was held in the Grove in 1930. It was also the home of the first Golden Globe Awards. 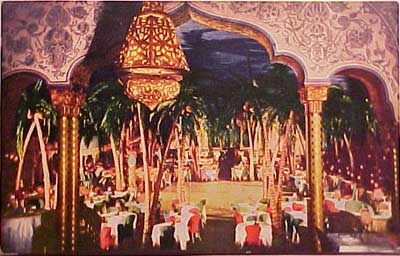 There were efforts on the part of the LAUSD to save the Cocoanut Grove as part of the school they were building there. Later, it was found (because of numerous overhauls) to be unsalvageable, and has since been demolished.

Now the ghosts have had to find some place else to dance. Those stars have been extinguished, the whole building, with all its style and history wiped out, the victim of necessity and blindness.