It's Catching On: Twittering Chinese-Mexican Taco Truck on the Streets 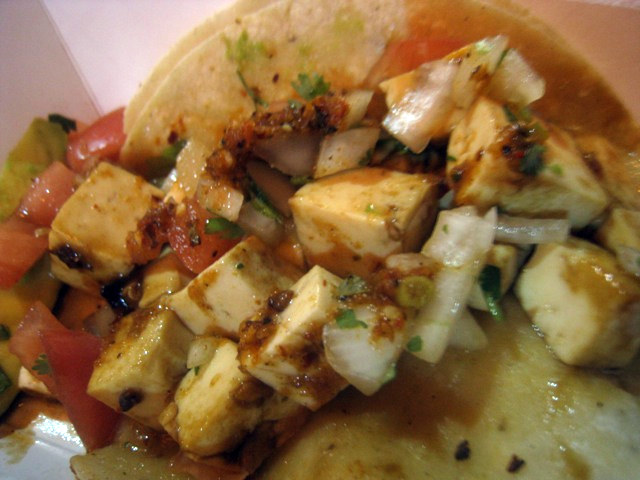 It's safe to say that Kogi BBQ has started a trend: fusion, Twitter and deliberate locations. Don Chow Tacos, obviously inspired by Kogi, has been around for about two months and last night they were found at the Downtown Art Walk.

A taste of their tofu taco, glazed in sesame ginger, topped with hot sauce with chopped onions, tomatoes and cilantro, was actually quite delightful. Sure, Don Chow doesn't have the cachet of Chef Roy Choi and there isn't one-hundred plus people waiting at their every stop found on Twitter, but good food doesn't have to be trendy, just tasty.

For what it's worth, in 10 reviews, Yelpers have given them 4 out of 5 stars. However, the market will drive this asian taquería's fate. Knowing full well that Kogi is king, we just like seeing the diversity of fusion trucks out there.