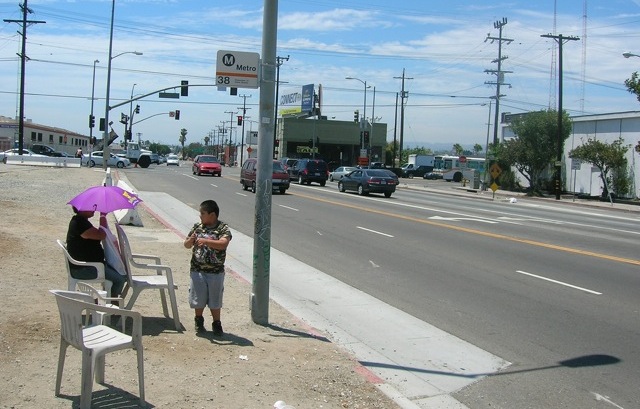 If it hasn't already (photo taken in 2007), this bus stop at Jefferson and La Cienega could use some improvements | Photo by Fred Camino via Flickr

The U.S. Department of Transportation announced that $400 million from the economic recovery package is headed to make capital investments in transit throughout California. It's not going to build us the Subway to the Sea or anything sexy like that, but is headed to more functional improvements, such as seen in the above photo: