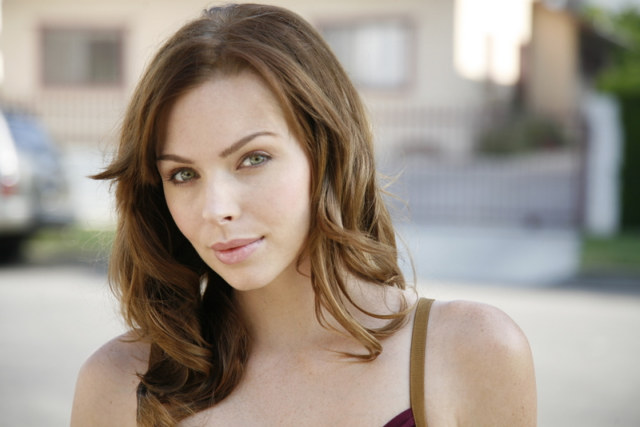 Just over three years ago, Christina was working for her family's fly-fishing retail store. Today, she's making her studio feature debut in the latest Wayans Brothers' production,Dance Flick which pokes fun at uber-popular musical and dance films (i.e. “Save the Last Dance,” “Step Up,” “You Got Served”). Murphy, who was just called a "rising star" by AccessHollywood.com, stars as Nora, the “bitchy” dancer out to ruin the heroine’s chances at success.

LAist had the opportunity to speak with the bubbly and charming Christina, who is the exact opposite of her on-screen persona, about making the move to LA, the jobs she had to take to pay the bills while pursuing her dreams and what she has planned to celebrate the release of her first studio feature.

1) Your bio on IMDB says, "One quick trip out to Los Angeles and Christina knew she had to move, then she packed up her blue beetle and headed toward her dream." What was it that you saw that made you realize that you had to move here?
I just knew that I needed to be here to take my career to the next level. There's a certain energy about LA. There's a drive in people here that you don't see in a lot of places. It really suckered me in and I knew that if I moved here I would really be able to achieve everything that I wanted.

2) How does the energy here in LA compare to the energy of your hometown, Austin, TX?
Austin has the other incredible energy. Their energy is super friendly, really laid back. We hug everybody. Everyone is smiling. Out here, I think it's more about work. Everyone is career driven and that's what was so enticing to me. I'm a very driven girl. I push and fight to get to where I want to be. This is the place I knew I had to move to.

3) What are some jobs you've worked since moving here to help pay the bills, while you pursued your dream?
I love this question. Oh lord, what did I not do? So glad you asked this. It's bringing back so many bad memories.

I did a lot of promotional work which was also great because when I was promoting Schick razors or Hershey's chocolates, I'd have those products in my house. For a while, I wouldn't have to buy razors or chocolate.

I was a cocktail waitress, bartender, caterer, you name it I did it.

I was surrounded by tons of actors and actresses in those positions. I have always been super supportive of anyone who is doing that sort of work. Those are the people who are trying to climb their way to their dreams.

It kind of sucks when you're serving someone their drinks and they ask you what else you do and you tell them you're an actor and they give you the brush off. That really bothers me.

I want people to be supportive of each other. That's okay, if they have another job. It's those people who are really trying so hard to get where they want to be with their careers. If you're waiting tables, I commend you because you're really going after your life's passion, and I mean, you have to survive somehow. 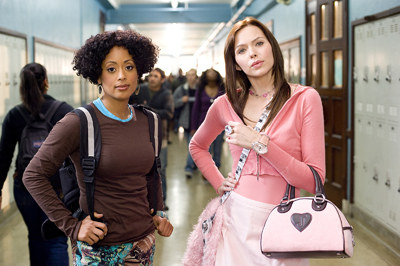 Christina Murphy in 'Dance Flick'
4) What do you think is the most challenging aspect of being an actress in Los Angeles?
I don't ever see other people in the room as competition because you just don't know. With the casting process, it's incredible that anyone ever gets cast for a project because there's so many minds and opinions about what they want and the look they want. Because of that I don't worry about competition.

I think the most challenging thing for me has been being patient. When I came out here, you know, you have something in your head planned about how your path is going to go and it might not necessarily go that way.

You also really just have to stay the course. I have my moments, where I have my highs and lows since I moved out here. Through it all though, I've never wanted to quit, no matter how many times I've been told no. It's just staying that course, really focusing on that goal and just knowing that there's a project out there that's waiting for you that will come your way when it's supposed to happen.

5) You are in the new film, Dance Flick. How did this opportunity come your way? How familiar were you with previous Wayans Brothers projects?
I got an appointment through my agent. They were really short sides, the lines they give actors for auditions, and I had no clue what this movie was about.

I read it and there was a chance for a white woman to get to imitate an African-American woman who was really upset. I just went balls to the wall with it.

I didn't even know this was for the Wayans Brothers. Six auditions later I end up landing the role of Nora. I found out the day I booked the job that we were spoofing dance movies. That's how secretive they were. It all made sense because as the process went on and I got more sides, but they kept it a secret. The day I booked the job and found out what we doing though, I was like 'I get to spoof Jenna Dewan, this is awesome!'

I watched Scary Movie. I love the Wayans Brothers. I used to watch In Living Color. I definitely was familiar with those boys. It was nerve-racking because obviously you want to impress them. Keenan was the one who was the most intimidating to me, because he's so brilliant. He so brilliant as an actor, writer and director. Every time I came on set I wanted to shine for them.

The Wayans make you feel like you're a part of their family. It was such a group process. They'd say, 'Christina, we need help with this line. You're skinny, what did people used to call you?' And I'd help them come up with lines for the film. It was such a group effort. I already know that some of the lines I helped write made it into the movie. How cool is that?

6) Are you a fan of any of the films that are being made fun of in Dance Flick?
I'm a girl, come on, you know I love those cheesy dance movies and romantic comedies. When I saw Jenna Dewan in Step Up I thought 'Wow that woman can not only dance, but she made acting look so effortless on screen.' I also thought, 'What a really cool role!' Years later, here I am actually getting to spoof her.

7) Are you excited to go watch yourself on the big screen? Do you have it all planned out, do you have a specific theater where you're going to watch? Who are you going to watch it with?
I haven't seen the movie so this will be the first time for me to see it. I'm excited to see what made it in and what didn't. I've been waiting a year for this so it's time. I've got family coming, and I've got my boyfriend's family coming in. We're going to invite all of our mutual friends to come to The Grove and watch it there and have a Hollywood moment with the family.

I'm looking forward to watching it with an audience and the family. My mom saw the picture on on the Web site for the movie where I'm oil wrestling with Shoshana Bush, who plays Megan. She told me she nearly had a heart attack. I told her, just wait until you see the scene before that where the dance teacher is molesting us.