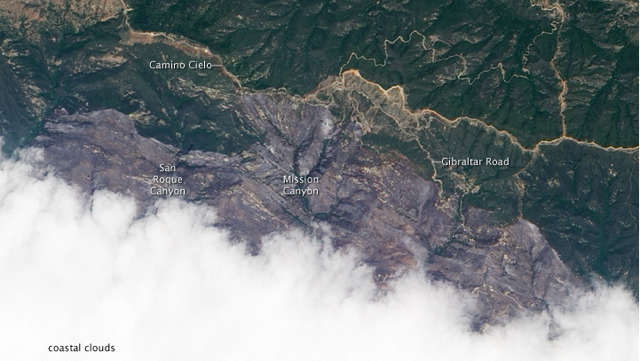 As they always do with major fires in Southern California, NASA released a photo showing the burn scared mountains from the Jesusita Fire from May 10. The photo "shows the northern part of the burned area, which stretches from the outskirts of Santa Barbara (hidden beneath clouds) into Los Padres National Forest," says NASA. "Many valleys throughout the burned area appear to have been spared; green vegetation lines them like the veins in a leaf."