Seven Questions with Dr. Ross I. Donaldson: Author of 'The Lassa Ward' 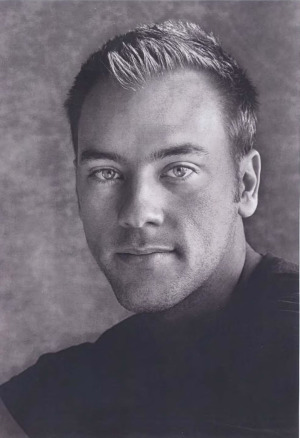 Dr. Ross I. Donaldson will sign copies of incredible story, The Lassa Ward, tonight at Barnes & Noble on the 3rd Street Promenade. | Photo by Marion Ettlinger
LA has a diverse cast of characters. Whether it's the characters with stirring stories or interesting occupations or the people who are just simply characters, this town has them all. In an effort to get to know some of those characters a little better, we've created "Seven Questions with..." If you have a suggestion for a future Seven Questions subject send us an email.

Dr. Donaldson is a UCLA medical professor and works in one of Los Angeles's main trauma centers, specializing in emergency medicine and global health. He has been a humanitarian in some of the world’s most dangerous places, a NASA expedition doctor to one of the planet’s highest lakes, and the caregiver to some of humanity’s poorest people. Dr. Donaldson’s most recent international work involves frequent trips to Iraq, where he is helping to build an emergency medical system for that country’s traumatized civilians.

In his new book, The Lassa Ward, Ross tells the story of a summer spent in Sierra Leone doing research on the deadly Lassa virus, an Ebola-like virus that affects the countries of West Africa. It was 2003, and Ross was a medical student at UCLA who traveled to Africa to study under the tutelage of the world's leading and almost-only expert on the disease, Dr. Aniru Conteh. When Dr. Conteh became ill halfway across the country, Donaldson was forced to step up and run his impoverished village clinic.

LAist had the privilege of speaking with Donaldson, a 33 year-old resident of Venice Beach who will be signing copies of his incredible memoir at Barnes & Noble in Santa Monica tonight at 7 p.m.

1) Why the Lassa virus?
A lot of people ask me that before I went on the trip and ever since. I think there's definitely a part of me that is an adventure seeker. I remember hearing about the Lassa Virus when I was a medical student at UCLA. At that time, people think of becoming doctor is a lot like all the doctor shows like "Grey's Anatomy," it's fun and people are hooking up and all that. But the initial process, especially in medical school, is just sitting around for a bunch of years just memorizing things.

Before you got to medical school, you don't think that that's possible. A lot of what drew me to medicine was taking care of people and really getting to do the humanitarian side and suddenly here you are just reading books.

I learned about Lassa at that time, and I think it really drew me to it both because its related to Ebola and it has kind of a mystique to it. Also, its a disease and a virus that affects a people in the poorest part of the world. There's very little done to try and help it. If you go and look at HIV or AIDS, there's whole libraries and tens of thousands of people working on it. For Lassa, there's pretty much five or ten people working on it. It's a small group of people and not much research being done on it.

I think in life that you can do more by focusing on the areas that other people have neglected. Lassa Fever is definitely a neglected disease. I felt at that time, that I could do more working on that than working on something else.

2) This book reads just like an adventure novel. While you were there living this, did you ever think 'this is going to make for a great book'?
Well I definitely didn't plan on writing a book. Some of it was definitely too much adventure for me. I went looking for a little bit of an adventure and I got more than I was bargaining for at several points.

There was a U.N. military post that wasn't that far from where I was living in Kenema and they had the only Internet hookup available there. They would let me come over once a week or so and write an email back to my friends and family. I sent out a mass email to everyone giving them an update.

After a couple weeks of doing that, I started to see that my emails were being forwarded on to my friends' friends and they were passing it along to their friends and so on. Each time, I'd come back to write an email I'd see more and more people on my email chain, from all of these people I didn't even know. I think it was then, that I realized that this is an interesting story that people want to know about. 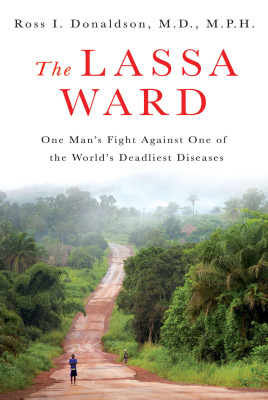 3) You do a great job in the book of bringing the human side of the story. Whether you're recounting a funny conversation you had with one of the doctors you encountered during your time there or you're talking about the kids of the village wearing Mr. T and 2Pac t-shirts, you definitely captured the human element behind the story. How important was it to you as a writer to give readers that human side of the tragedy?
I think that that's most important part for me. When you're watching the news and you see the pictures of the children in Africa, it's kind of too overwhelming for anyone to comprehend. But I think when you can see the story through one person's eyes, one kid's eyes, or you just get that personal reaction, then people really start get it. They see that and can multiple it by the hundreds of thousands of people it's affecting and suddenly they start to care more.

4) What was your greatest fear in your time in Sierra Leone? Was it contracting the Lassa fever or the violence occurring next door in Liberia as a result of the war?
My main fear for most of the time described in the book was getting Lassa Fever. That was my main fear. The war going on next door was spreading. At times there was some concern about the security situation because all of those things were very quickly changing but I think that a lot of the fears that I saw were in the eyes of the Liberian refugees.

A lot of them were just young kids who were nine or ten who were the only person left from their family who made it across the border to the refugee camp. What do they do next after losing their whole family? You'd see their fears about life in general.

I think the danger of the war coming across the border wasn't that huge at the time. But all of the ramifications of the war and the diseases that were spreading because of the war were definitely something that was on my mind.

5) In the first part of the book, you can feel the chaos and confusion that you are experiencing in your first days in Sierra Leone. How well prepared were you prior to landing in Sierra Leone? Was there an agenda for you?
When I got on the plane to leave for Sierra Leone, I thought I was well prepared. That proved out not to be correct.

I originally was going to Sierra Leone to research Lassa and that part seemed to be fairly set. I had an idea of what I wanted to accomplish and what I wanted to write about. But then, I think there's a quote that says, 'A well laid plan has never survived a war,' and it was a lot like that.

You have a plan and suddenly, right when I was landing two things happened. One, the fighting in Liberia hit a point where it started to really heat up and two, there was a lot more Lassa cases down in the area where I was heading to. I think the combination of those two things changed all of the plans.

Later on in the book, when I'm stranded in alone in the Lassa Ward, that was definitely never planned. That was the crux of the book, having to come to terms with dealing with all of those patients.

6) You are spending a lot of time these days in Iraq, tell us a little more about what you are doing there? How much did your time in Sierra Leone prepare you for your work in Iraq?
The stuff I learned in Sierra Leone has definitely been useful now in Iraq. I spend about half of my time in Iraq. I go back every other month for several weeks to just under a month.

I work for a medical association called the International Medical Corps. The project I run is essentially developing the civilian emergency medicine system for the whole country. Prior to our time there, you'd think that Iraq would have a great emergency and trauma system given that they have all of these emergencies and traumas, but unfortunately they did not and really didn't have much until we started implementing the system a year and a half ago.

One of the things that I learned in Sierra Leone that I talk a lot about in the book is one of the main things you can do for people; give them some training and teaching and let them do what they want to do. It's the whole teach how to fish as opposed to give a fish thing.

By the end of this summer, we'd have trained over 700 EMTs and we'll have a growing ambulance system. We'll also have trained a couple hundred doctors on emergency medical care. I have several other projects that I'm helping out on like writing policy for the country.

It's really made some impressive improvements over the last year. The people are really eager to learn. You see that in these countries where the people haven't had that much access to information. It's kind of like a starving person and food. They really want the information, they're more attentive than my students here in the states because they're just desperate to learn.

7) What is the first thing you do when you return to your home in Venice Beach after spending time in Iraq?
The first thing I do every time I get back is just walk out and see the ocean. When you're in Baghdad, the hardest part of it at least for me is the confinement. They are obviously lots of security issues. We're not working for or with the military, so I'm out in what you'd call the 'Red Zone.' In the back of your mind you're a little worried about the security issues. The last time I was there was what they call 'Occupation Day' so there was definitely an increase in the fighting going on over there at that time. When you come back here, I love to just see the ocean. It allows me to just decompress.