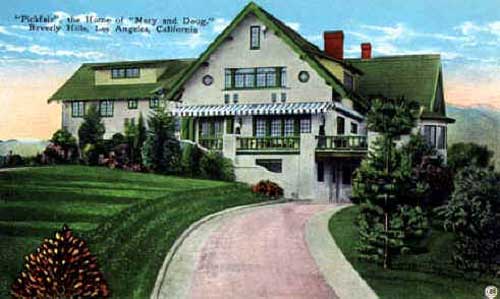 Pickfair in its glory days.
As any fan of LAistory knows, Los Angeles is a city of vanished places. We tear free of the past, and generally, whatever comes next, is not as fabulous or interesting as what was there before. The same holds true for the property called Pickfair.

Superstars Mary Pickford and Douglas Fairbanks purchased the property at 1143 Summit Drive, in the San Ysidro Canyon in 1919. It was fifteen acres with a small hunting shack. Wallace Neff designed the vast 22 room mansion that they craved, a big house with a copper roof, multiple green gables, craftsman touches, and acres of formal gardens, and one of the first swimming pools in the Los Angeles area.

Swimming pools were not the only trend popularized by Pickford and Fairbanks; after they bought in the Beverly Hills area, land up there started selling like hotcakes. It became the new place where people who wanted to find a retreat from the bustle of Hollywood to live. 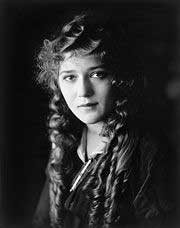 Mary Pickford.
Pickfair was one of the most talked about places of its day. Not only was it owned by two of the biggest celebrities around, but they threw unbelievable parties, that featured not only the usual Hollywood suspects (Charlie Chaplin, Fatty Arbuckle, Joan Crawford) but also cultural and scientific luminaries like Helen Keller, Albert Einstein, Amelia Earhart, H.G. Wells and George Bernard Shaw.

In the early 30s, Wallace Neff found himself working at Pickfair again, building two additional wings. As the house grew, Pickford and Fairbanks' marriage diminished, with the two living in the separate wings before finally divorcing in 1936. Mary Pickford kept on at Pickfair with her new husband, Charles Rogers, until her death in 1979. She became a recluse. Her idea of having visitors was to have people stay in the wings while they talked with her on the phone. She was in her bedroom. She neglected the property in her dotage.

After Pickford passed on, the property was bought by LA Lakers owner, Jery Buss, before he turned around and sold it to Meshulam Riklis and his wife, Pia Zadora. At first, they claimed that they were going to restore the property to its original glamor, but during construction, they found that it was riddled with termites and demolished everything. Preservationists begged them to at least let the save the original Wallace Neft trappings with an eye to reconstructing some of the rooms later, but the Riklis' brought the crew in the morning and by nightfall, Pickfair was no more. In its place, they built a house that owed its style to numerous European traditions and its over-the-top sense of luxury to Las Vegas. It has a spa, (as well as the original swimming pool), a salon, a gym, a disco, and theater and no less than 30 (!!!) bathrooms. 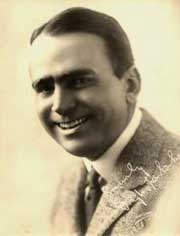 Douglas Fairbanks.
Other than the pool, the only thing that remains from its Golden Era is the P in the Pickfair gates. But if you find that you're in need of a diminished piece of Hollywood history (in addition to the new house, the property is now only a couple of acres), you too can have your very own disco and a bathroom for each day of a short month for the low and affordable price of $60 million.